In the past few months, Nataly Lozada has had a lot of conversations about Covid-19 vaccines with people in her Los Angeles neighborhood.

“They just want to hear it from someone who actually experienced it and had their vaccine,” she said of her primarily Spanish-speaking friends and neighbors. “It’s positive information that we’re sharing with them…we’re giving them the correct answers.”

Lozada works as a promotora – a trained community health worker with the L.A.-based health center Clínica Romero, which has locations in the mostly Latino communities of Boyle Heights and Pico-Union. A mother at the local Sheridan Elementary School, she’s one of 22 such workers, whose job is to “educate, inform, demystify, bridge back to the clinic, and connect [people] with services,” explained Stephanie Lemus, Clínica Romero’s director of public policy and community affairs.

“People actually know us and they actually listen to us. We knock on doors and we talk to them,” Lozada explained.

This approach – community members acting as a resource for friends and neighbors – is at Clínica Romero’s core. The health center began in 1983 as a free clinic, founded by refugees from El Salvador’s civil war who saw the urgent medical and mental health needs in their own community – and stepped up to help.

Today, the health center’s two locations see over 11,000 patients in what CEO Carlos Vaquerano describes as two Los Angeles neighborhoods particularly hard-hit by Covid-19. Providers offer primary, dental, optometric, and behavioral health care – including, somewhat unusually for a health center, an on-staff psychiatrist who can care for patients with schizophrenia and bipolar disorder.

And because so many of the health center’s patients are undocumented, “we also do a lot of advocacy work,” Vaquerano said.

“Immigrant status is also a determinant of health,” Lemus explained.

Many patients “wait until the last second to go to the doctor” because they’re afraid of being deported – and many more are wary of a medical system that has left them historically marginalized, he said.

But Clínica Romero has made vast strides in overcoming that wariness. “We have the mission…the cultural competence, the language sensitivity to do that,” said Dr. Don Garcia, Clínica Romero’s medical director.

“We’re not a religious organization, but a lot of people trust us, and they trust that what we do is a good thing,” Vaquerano said. “We shall continue with our mission of compassion, of caring for the poor.”

For Garcia, a major part of caring is listening to his patients’ stories – many, he explained, have experienced trauma. One patient came to the U.S. from eastern Mexico only to become an indentured servant before eventually escaping. Many of the women he sees have experienced sexual violence.

“These stories are unique, even though they have a common thread,” he said. “You cannot get down into trauma-informed care unless you have that language, that trust-building, that comes with cultural identity.”

In addition to earning trust and helping patients with trauma, the clinic also focuses on raising awareness about the issues that affect the community, according to Lemus. For example, because breast and cervical cancer are widespread, the health center has a health education program designed to educate women and sign them up for screenings.

“Just being able to have women have a safe space to talk about these things” was important, Lemus said. “For many reasons, these women often don’t have that opportunity.”

And Covid-19 has brought new challenges.

At the beginning, Vaquerano said, patients were impatient for the vaccine, and Clínica Romero successfully hosted a number of large vaccination events, partnering with the consulates of Mexico and several Central American countries and with local schools.

But now, “six people show up, twelve people,” he said. “Now the issue is hesitancy…it’s not only us, it’s everybody. The county, the state.”

“People are afraid to sometimes even be touched by a doctor…they feel that they might be exposed to Covid, especially since we serve a community that’s been the hardest hit,” Lemus said.

“They’re working in the community, promoting the vaccine,” Vaquerano said.

Lozada doesn’t just talk to patients about the vaccine. She also passes out PPE and hand sanitizer, telling patients to keep themselves safe and wash their hands. She brings food or vouchers to people who need it. Patients ask her to talk to friends or neighbors who don’t want to get the vaccine. They ask her to pray for sick family members.

For her, Clínica Romero’s mission is personal. She lost her mother to cancer, and got involved with the health center through its cancer awareness workshops.

“I let them know what I know, so maybe someday they’ll do the same,” she said. “I don’t want anyone to suffer from lack of knowledge. I want to be the person who gives them what they need.”

Direct Relief has supported Clínica Romero with medical aid since the beginning of the pandemic, including personal protective gear, prescription medications, naloxone, and more. The organization also received a $50,000 Covid-19 grant from Direct Relief to support ongoing operations during pandemic response. 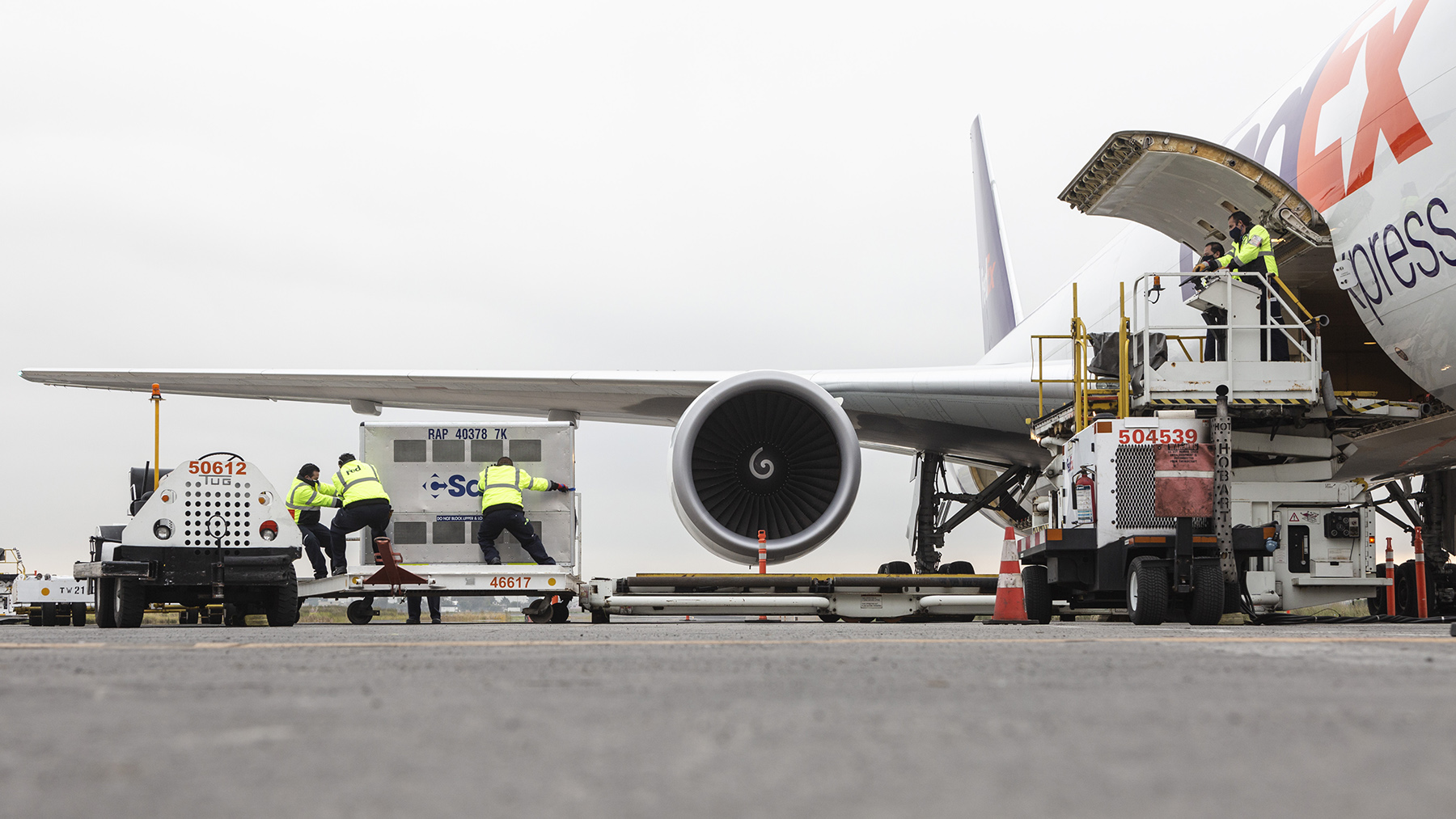