This is a personal “From the Field” story by Direct Relief Employee Chris Brady.

The objective of the trip was to meet with current and prospective Direct Relief International partners in the Mississippi Gulf area. Overall I was extremely impressed by the commitment of the people I met there, and the quality of their work post Katrina. As expected the most marginalized groups have been hit the hardest. Geographically, from what I saw in Mississippi, Gulfport, Biloxi and Waveland were the most affected towns. The bulk of the recovery work has fallen on individuals and smaller groups. The churches have been particularly effective getting aid to people who really need it.

The devastation along the Gulfport coast reminded me of what I saw on the southern coast of Sri Lanka following the tsunami. Up to two miles inland was practically flattened. All that remained in some sections were the foundations of homes and businesses. Also like Sri Lanka, it will be some time before they sort out land ownership issues. These upcoming land disputes are bound to hold up significant reconstruction efforts.

Dr. McNair is a fantastic leader in his community. His wife is another tireless worker determined to do whatever it takes to fill the gaps. He is the President of the local African American Physicians Association. As with many of the people I spoke with the question of whether medical professionals will move away is a serious concern. Dr. McNair said that 35 of his medical professional friends have already decided to leave the area. Approximately one third of Dr. McNair’s staff are homeless (he runs a newly constructed Surgery center and a Digestive Care facility).

While they feel that the “crisis mode” has subsided, the future is anything but clear. They talk of a general diaspora of talent from the area. Dr. McNair would like to do whatever it takes to get nurses and doctors from relocating. In this vein he sent a letter to the Biloxi Regional Medical Center asking for special consideration to help physicians on the Gulf get on their feet. The Medical Center is planning to use this appeal to bolster their case in the US Congress.

Despite the fact that Gulfport Memorial hospital is located right next to one of the hardest hit coastlines it was able stay operational throughout the crisis (it is probably 80% + operational at the moment). The main entrance is closed, but most of the services are functioning. The hospital was extremely fortunate to have water and some electricity following the hurricane. It should be noted however that m ost of the employees have suffered some degree of personal trauma. As such it is very common to see skeleton staffing and truancies (people attending to their personal business).

The special needs shelter GMH set up was a great success. The hospital administrators immediately designated the cafeteria as a shelter and brought in 800 to 1000 individuals & families. It was called “the Village” and was also charged with dispensing drugs. In fact they provided over 1,500 individuals with free prescription drugs between the hurricane (Aug. 30 th) and the 15 th of September (the village closed just before I arrived).

I was fortunate to have had the opportunity to spend an hour with the CEO and two administrators to discuss the situation. As mentioned above, homelessness is one of the biggest issues for the hospital. Out of 2,220 staff almost 500 of them lost their houses. Our shipment was critical and supplemented their existing stock (which mainly consisted of a wide range of pharmaceutical samples). Once the shelter closed the surplus stock was passed on to other clinics in the area. It was clear that the hospital was very responsive to the needs of the community. They opened their one water spigot (from a well) to the public and even established a gas station immediately following the hurricane. The CEO reported that their medical supplies have stabilized. The regular supply channels are back up and running and capable of satisfying their current needs. The hospital spent approximately $100,000 to run the temporary shelter, and the $50,000 provided by Direct Relief International will go towards that debt. The hospital has created a fund for homeless employees. They are considering giving each of these victims with $1,000. The fund is at @ $250,000 now. We talked about how Direct Relief International could contribute to this fund, or support other hurricane related activities (such as establishing a phone bank).I met with Arthur Keys (CEO) and the IRD health staff (Bridget and Dr. Lisa). Their seven person team had spent the last week assessing the situation. IRD seems intent on committing a significant amount of resources to the redevelopment of communities in the Biloxi and Gulfport areas. Arthur was clear that supporting healthcare initiatives would be a priority. They have already tied in with the Backbay Mission and several Vietnamese groups living in Gulfport. In terms of material aid Heart to Heart has already sent IRD several shipments of personal care products to pass out as they see fit.

Prior to staging this assessment IRD’s board of directors signed off on a plan to establish a satellite office in Biloxi. They intend to share an office building with Oxfam and the Gulf Coast Community Center. The commitment is to operate in the Biloxi/Gulfport area for at least one year.

Apparently Gulfport is planning to set up a tent city for 10,000 homeless in the area. Estimates are that 70% of the housing was damaged in these two areas. Several people mentioned that the numbers of homeless is impossible to gauge. This is because of the “invisible homelessness” – people living/staying with others.

I spent several hours at the centralized command center for the State and Federal emergency assistance in the Gulfport area. FEMA, US and State Public Health Services, Homeland Security, the National Guard and a variety of other military branches were represented (plus the press). I spoke with the US Health Services pharmacist about their short-term plans. He described their intention of setting up a centralized distribution system. These plans have been put on hold due to their inability to find warehouse space. In addition, there were few local medical professionals willing or able to staff the center and pharmacy on a permanent basis. Almost all of the people I met were from out-of-state, on one to two week assignments. They did provide me with an extensive needs list collected from various facilities in the area.

Driving through Slidell’s business district was like going through a ghost town. Most of the businesses were either shut up or in pieces. I had scheduled an 8AM meeting with the chief pharmacist of the hospital, Bruce Clements. He called at the last minute saying he could not make the appointment. Clement’s explained that he could not make due to personal issues. I found this to be a common refrain during my trip. His assistant, Liz Edwards, showed me around the pharmacy and answered questions. The pharmacy was quite disorganized. The person in charge was unable to provide me with information on their current stock situation. Clearly they did not have an idea of the true inventory status due to the overwhelming influx of donations. The medical supply situation was in a similar state of disarray.

Slidell hospital is operating a successful immunization station outside the main entrance. There was a long line going up the street and they claim to be immunizing 1,000 people each day with Tetanus and Hepatitis A.

Like GMA, almost half of Slidel Memorial staff lost their homes. The hospital has established a fund to help these families. Arriving at a monetary figure to distribute to affected staff has been an extremely challenging exercise for the administrators. Most of the hospitals have committed to keeping all staff on payroll for at least three months.

Liz described their plans to purchase a van to shuttle patients to and from their homes. A large number of people had lost their vehicles and are in need of this type of assistance. They plan to submit a grant request to Direct Relief International next week.

In response to Hurricane Katrina, ECD established a fund to target financial assistance to churches and other community groups that are providing extensive support to displaced persons during this emergency phase.  Bynum and two of his staff discussed how we can support ECD’s immediate and longer-term efforts. In particular they are interested helping community clinics get back on their feet financially. They are set up to provide bridge loans to non-profits and help these institutions shortcut the traditional lending process.

I visited Mississippi Emergency Management Agency’s donation coordination center in Jackson and the 320,000 square foot warehouse on the outskirts of the city. An Emergency Management Volunteer accompanied me to the warehouse and shared her experiences. I was able to locate the 24 pallets of CeraLyte we had sent that week. The warehouse coordinator was more than willing to allocate 4 pallets to Dr. McNair. In fact Dr. McNair can ask for an entire truckload of materials (approx. 24 pallets) if he gives them a needs list. Obviously this is the type of information that should be shared among the healthcare community on the Gulf.

Mississippi’s Lieutenant Governor, Amy Tuck, was touring the MEMA warehouse at the same time. We briefly discussed the overall recovery effort and she thanked us profusely for our support. 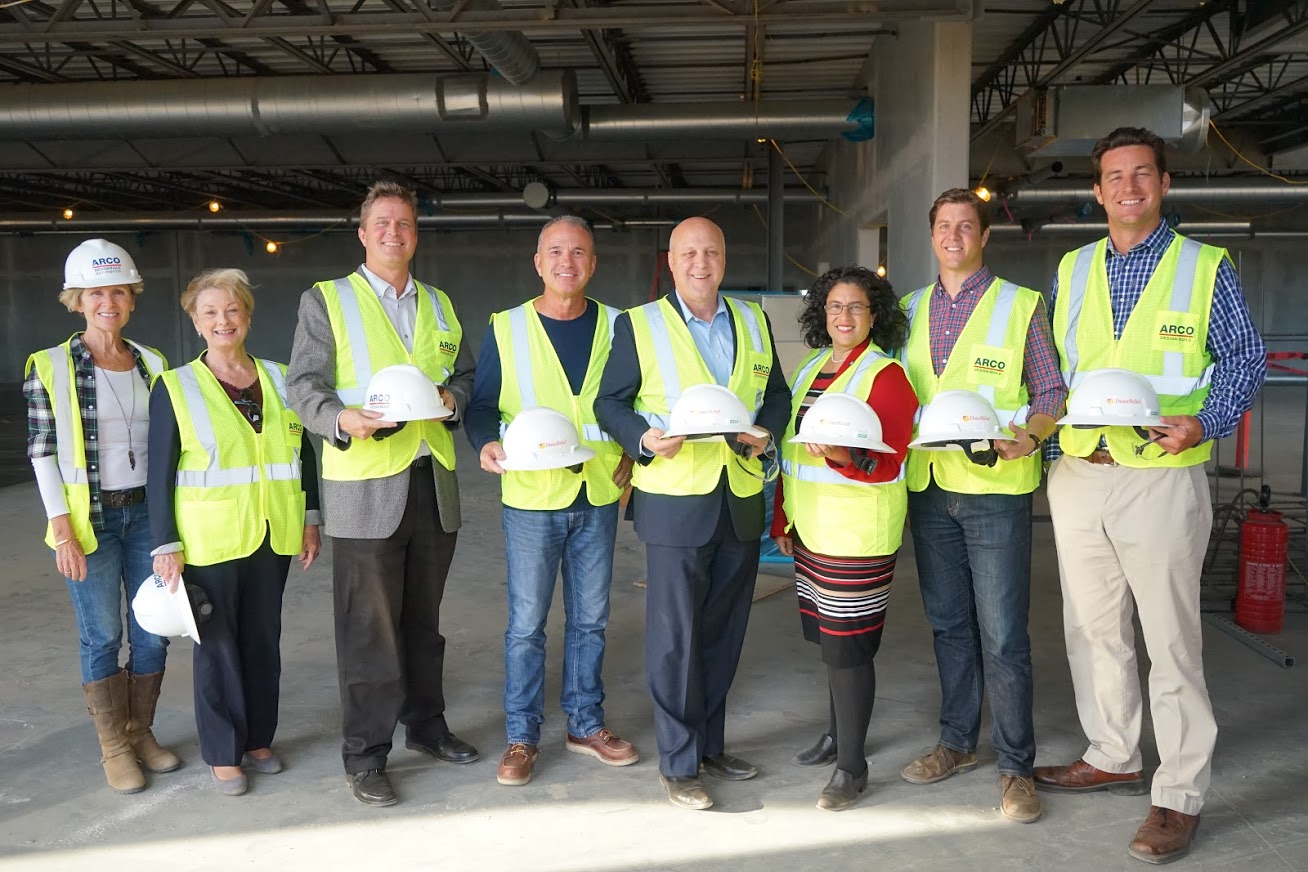 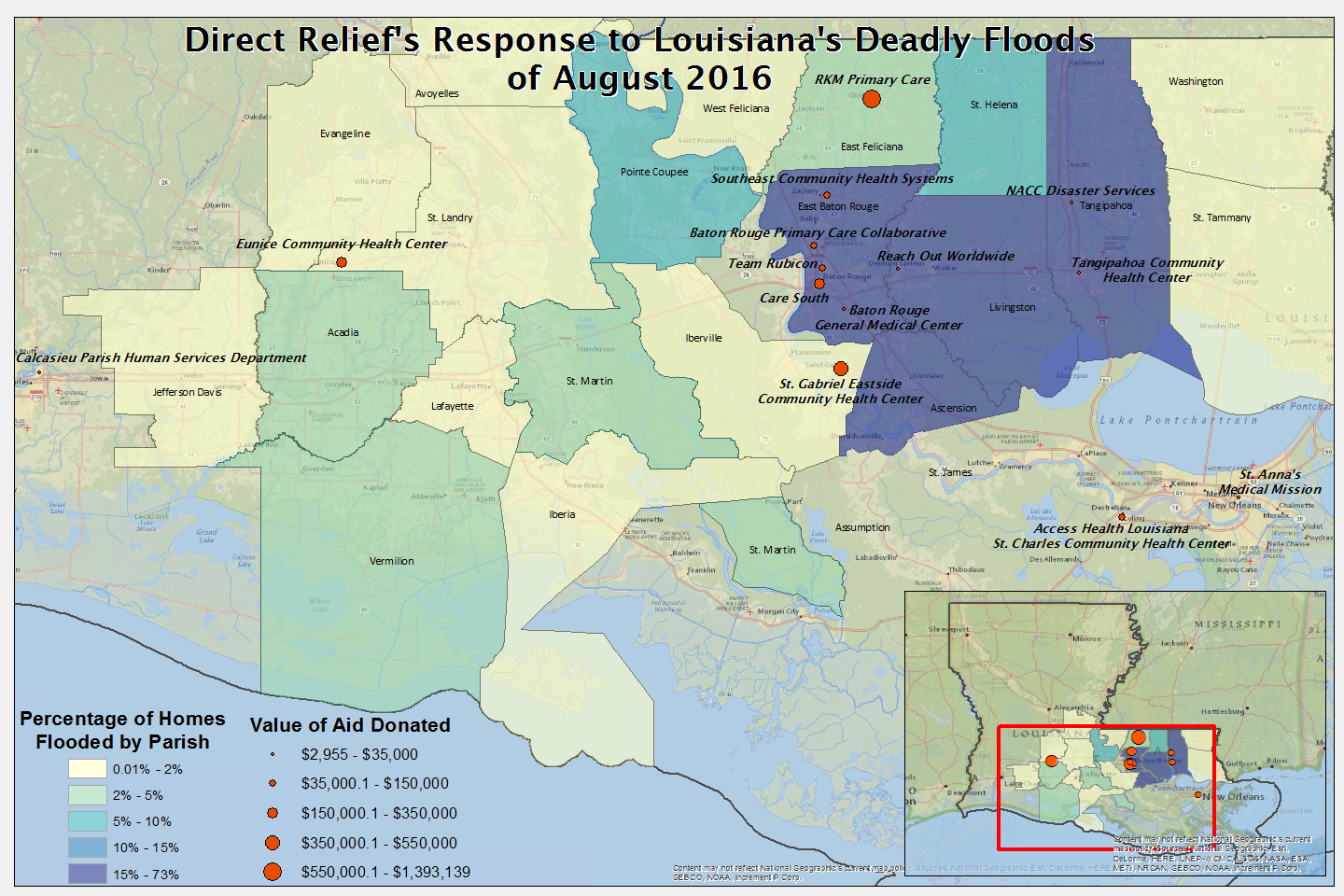