On the three year anniversary of the 9.0 magnitude earthquake and subsequent tsunami that struck northern Japan, our Emergency Preparedness and Response Coordinator, Jenny Hutain, reflects on her most recent trip and the state of recovery.

A delegation from Direct Relief and partner organization the Japanese American Citizens League (JACL) traveled to Fukushima Prefecture in Japan late in 2013 to assess the work being done by nonprofits to support survivors of the 2011 earthquake and tsunami.

Although Direct Relief and the JACL have granted more than $5 million through the Japan Relief and Recovery Fund, the opportunities to support projects in Fukushima Prefecture over the first two years following the disaster were limited due to the very dynamic and unsure situation surrounding the radiation contamination from Fukushima Daiichi Nuclear Power Plant.  Currently, recovery from the earthquake and tsunami in the worst affected areas of Fukushima Prefecture is estimated to be more than one year behind its neighboring prefectures.

Our first briefing was given by the Japan NGO Center for International Cooperation (JANIC), who operates a NGO (non-governmental organization) Collaboration Space in Fukushima City.  We were told that more than 300,000 people are homeless, over half of whom originate from Fukushima.

Additionally, tens of thousands of have chosen to evacuate for fear of radiation exposure, or for lack of work and services.  Voluntary evacuation has been conspicuous, particularly for young adults and women with young children, exacerbating the already glaring “brain drain,” and leaving a population weighted heavily toward the elderly.  Many elderly residents and landowners still wish to return to their homes.

As we learned from JANIC, the Fukushima Future Center for Regional Revitalization (FURE), and NPO SHALOM, the radiation contamination issues are multifaceted and complicated. Residents are challenged with keeping themselves and their families safe against a danger they cannot see, hear, smell, or taste.  In many cases, families have split; the women and child evacuated, the men remaining behind to work.  Those who are unable or unwilling to leave must sort through conflicting information about the dangers of radiation.

As we visited partners in the field, the Geiger counters (radiation detectors) stationed at each facility were constant reminders of where we were.  Our first visits were guided by partner Living Dreams, who supports children’s homes across the country, including several in Tohoku. We visited two homes, Aoba Gakuen and Iris Gakuen in Fukushima City.  The children enter the homes an average of two academic years behind their peers, and less than five percent of them are eligible for college after graduating high school.

On top of these issues, staff need to be concerned with radiation exposure. After multiple decontaminations to the outdoor play area, wind and water runoff periodically re-contaminate the areas in which children play.The level of radiation exposure changes if the measurement is taken indoors or outdoors, closer or further to the ground, over different surfaces, while it’s raining, and upstream or downstream from debris runoff.  Among other implications, this means that children are exposed to higher levels of radiation just because they are closer to the ground.

We visited a preschool where the smallest children, not even born when the disaster occurred, carried dosimeters tied around their necks with a piece of yarn like a necklace—allowing their teachers and parents to track each child’s cumulative exposure. Even if one is successful at obtaining accurate measurements, the danger of exposure is debated among experts and observers.

In Minamisoma, we were met by partner organization, the Japanese International Volunteer Center (JVC), at Terauchi Tukagou Temporary Housing.  About 175 families live at this site, either tsunami survivors, nuclear disaster evacuees, or both.  Some of the families living here had homes that were destroyed by the tsunami, however, most have homes that are intact, just down the road in a town called Odaka. Shortly after Typhoon Wipha, we arrived at Minamisoma, the closest any of us had been to the nuclear power plant.  However, the radiation from the nuclear explosions expanded in a northwestern pattern so  Fukushima City, although much further from the plant, has higher level radiation than Minamisoma.

Hit hard by the 45-foot tsunami and evacuated immediately after the nuclear disaster, Odaka was a no-entry restricted zone until April 2012.  At that time, radiation levels were determined to be low and the roadblock was removed for daytime visitors.  Although some residents come to tend to their homes and gardens, the town is ghostly vacant.  The town has not had the benefit of large machinery or clean-up efforts, and crushed cars and foundations of homes rest just as they did in March 2011.

The only noticeable differences are cleared roads and overgrown vegetation. Electricity still powers a few lonely streetlights but no other services are operating. Immediately as the sun dips below the horizon, police patrols sweep the town of any lingering visitors.  One resident showed us the foundation of his home, which had been destroyed by the tsunami.

The next day we traveled north to Natori City, where we visited a center for children with disabilities supported by Association for Aid and Relief (AAR), our biggest recipient of funds since the disaster. The facility is run by a cheerful teacher who was forced to move her nonprofit out of Fukushima because of the dramatic drop in clientele as families evacuated.  Her goal is to help the children, most of whom are autistic, be socially independent.  The government does not recognize most of the children as having a disability so they often fall between the cracks and are unable to get the services they need.

The funding we are able to provide to organizations providing services to survivors in Fukushima is just a small part of what they need to rebuild their lives.  However, for the thousands of survivors who will benefit from the recovery efforts, the generosity of Direct Relief’s supporters is making a tremendous difference. 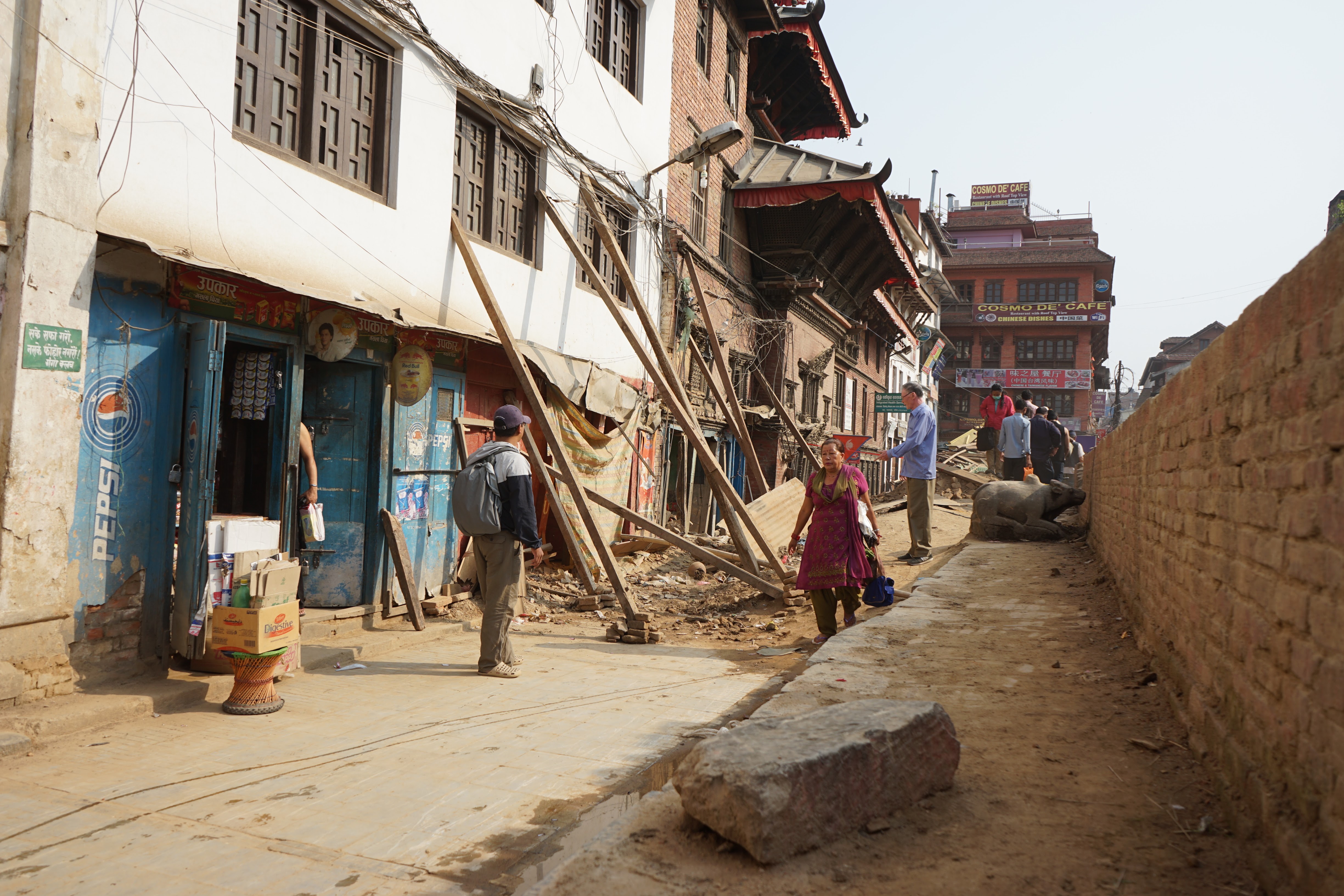