Cutting Through the Noise by Giving Thanks

While disasters seem unending and politics divisive, giving thanks may offer a much needed shift in perspective.

This Thanksgiving, we sit down with Direct Relief President and CEO Thomas Tighe  — who gives a refreshing take on the current state of affairs and answers the question on everyone’s mind this holiday — What are you grateful for?

AMARICA RAFANELLI: Hello and welcome to a special edition of Direct Relief News. This Thanksgiving, we’re sitting down with Thomas Tighe, Direct Relief’s much-admired President and CEO. We’re tackling the big questions, or, as Thomas puts it —

THOMAS TIGHE: The imponderables of life.

RAFANELLI: So, without further ado, here’s the show.

RAFANELLI: As we enter the holiday season, I just wanted to take some time to reflect on the last year. Direct Relief has done so much. We responded to numerous disasters from a hurricane Dorian and The Bahamas to the wildfires in California. And, of course, with all of these disasters, climate change has been on our minds. It just seems like these hurricanes and fires are becoming more frequent and more intense. And so with that said, as the leader of an organization that deals with disasters day in and day out, where do you find hope?

TIGHE: Well, I think here at work where it might be surprising given what we do, there’s a lot of disasters that we end up responding to. There’s also chronic shortages and just chronic deep-seeded poverty where people kind of suffer the consequences of being poor. So they tend to get sicker, stay sicker longer and die sooner than they need to. And it’s a really tough one to accept. That is sad in many respects. But the people that we interact with are not sad people. They’re very committed people. They’re deeply engaged, they’re forward leaning and they are a constant source of hope for all of us who work at Direct Relief, as are the many people who decide to become part of Direct Relief by virtue of their support or encouragement or involvement in some way, however big or small.

So, the news tends to emphasize the really awful bad things that rivet attention. And it’s scary and it is sad in many respects, but the individual people that we interact with are a constant source of hope. And otherwise it would be just totally depressing, which it’s not at all.

On a day-to-day basis we have a sense of these great qualities of our species who are really trying to look out for each other. They’re trying to help their neighbors, their families, their friends or people they don’t even know at all — and that’s really powerful fuel for the organization to see that level of empathy and concern. That hope is fuel and we’re thankfully fueled well by being able to see it and interact with it all.

RAFANELLI: I know that you went to the Bahamas after Hurricane Dorian. Can you tell me a little bit about that?

TIGHE: Yeah, the Bahamas, you know, I think they were a bit shell-shocked. When I was there, it was a couple of weeks after. But there’s also of adrenaline in these immediate aftermaths where I think there is necessarily a lot of work that has to be done fast. Direct Relief is part of the rapid mobilization and delivery of medical essentials, so that provided focus to our work. I didn’t have a lot of time to go out and kind of soak up the broad social scene, but you could tell visually how devastating the storm had been. I was only there briefly making a delivery personally and dealing with some of the folks in Grand Bahamas who were trying to get the hospital staffed up and functioning againbe cause it had sustained damage. They were working out in the parking lot and trying to get a temporary fix going.

But you see, as in many places, this level of disruption to people’s lives who didn’t expect it. Most of us usually aren’t prepared for something that has never happened before. I think what I saw were, as is typical, was people who are just working very hard in the moment trying to say ‘What can we do today?’ knowing that there’s a lot to do tomorrow, and the next several weeks out. At some point you have to stop sprinting and take a breath and see how things are settling out and then adjust accordingly. But I think in the Bahamas, the visual destruction was striking. It’s scary to see and just awful to think of what people experienced, those who survived and, tragically, those who did not. I think you just have to keep going and do it with love in your heart and not let it overwhelm you.

RAFANELLI: So, it’s Thanksgiving many of our listeners are probably headed home to have dinner with family members. And with the current political atmosphere there is bound to be some rousing debate. So, while there’s plenty to argue about what is something that we can all agree on?

TIGHE: Well yeah, I steer clear of the politics. There’s usually enough people yelling about that particular issue that one more voice is not needed. And I understand that, but, you know, the world depending on how you look at, there’s never been a better time to be alive. We’ve never had better tools to solve the problems that we face. Information is widely available and free. We’re more connected than ever. We have more solutions to problems than ever.

It’s a great American tradition, this holiday. It’s one of my favorite ones because it sort of forces us to stop and think, no matter how bad we thought it was, that there is something to be thankful for if you’re alive. And there’s a lot to aspire to or regret, perhaps, but I think that notion of just giving yourself a collective sigh ‘What is there to be thankful for?’ and recognizing there’s a lot of things to be angry about, perhaps. I think if you look around and you see the improvements — fewer people are dying from things they would have died from traditionally and historically. Sadly, things like war and racism and these self-inflicted wounds that we have not ever come yet, those are things that are topics of concern for all of us. But I think if we look at where we are and where we’ve come from, the level of acceptance and tolerance that exists generally in the United States, I think is going up.

You wouldn’t necessarily see it if you watch the news because it’s a shrill time and politics tends to sharpen those divisions for reasons of campaigns. But I think looking back historically just over the course of my life, the people who are different in any respect I think have a much better opportunity to be accepted more broadly than they ever were to, you know, have relationships with who they care about, to marry who they want, to live where they choose. And those are good things that I think we can all be thankful for as Americans. And internationally, I think those who have been lifted out of poverty, the numbers are staggering. As are the numbers that are still left in poverty, but, it’s a bit of a glass half full or half empty question. Thanksgiving is really a time to look at the half full side of the equation. Even if it’s not half full, if there’s something in it, be thankful for it.

RAFANELLI: What are you most grateful for?

TIGHE: Well, I’m grateful to be alive, to have the opportunity to do work that I love with people that I care about, and to have a family that is a constant source of love and amazement and joy. So that keeps me going just fine. And the privilege of working at Direct Relief. We have the benefit of being invited to many places that are unusual and meeting a broad spectrum of people from the most senior levels of business and commerce to people that they will never meet, who are very common in our world to meet, who are working in kind of tough places with limited resources but equally brilliant and committed. So, it’s a privilege to walk on both sides of the train tracks such as it is, and it’s an amazing world and people are still wonderful and we’re still evolving, I think, and I hope in a good way. So, I’m thankful to be part of it and I’m happy to get up and come to work every morning, see what it’s going to bring.

RAFANELLI: Thank you. Thanks for listening. I’m Amarica Rafanelli. A special thanks to Thomas for making this episode possible. Happy Thanksgiving from Direct Relief’s headquarters to yours. 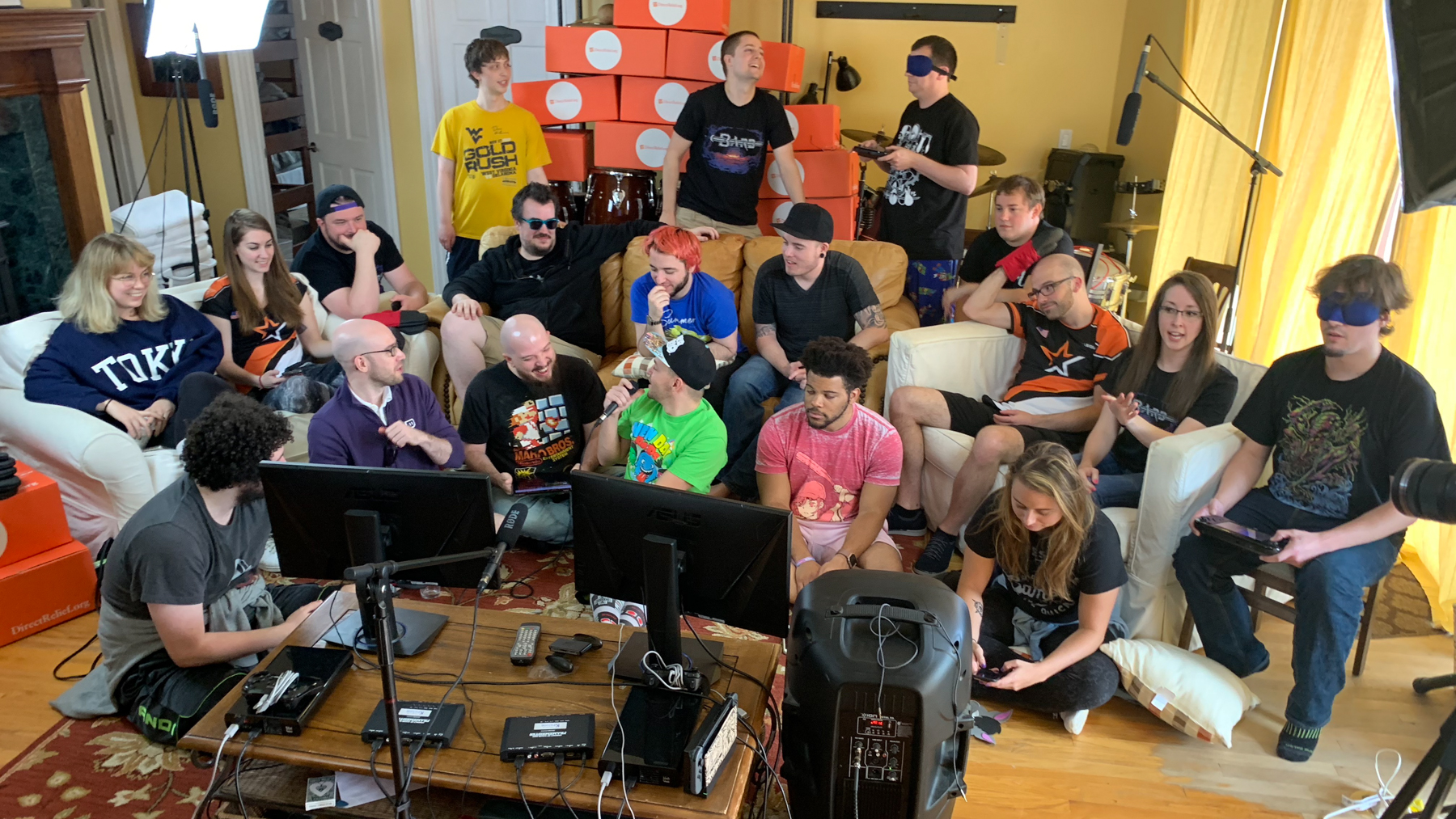