Colombia is home to about 1.7 million Venezuelan migrants, more than half of whom are undocumented and face barriers to accessing medical care, even as Colombia recently decided to grant nearly 1 million Venezuelans legal status earlier this year.

Direct Relief traveled to two Colombian border areas, Catatubo and Arauca, with Banco de Medicamentos, an aid group that is helping respond to the migrant crisis — which has been exacerbated during the pandemic  — by delivering essential medicines and supplies requested by the UN’s International Organization for Migration, local foundations, and residents.

All photos by Oscar B. Castillo.

Over 5,400 Venezuelans are currently living in the town of Arauquita, which also sees Venezuelans cross the border temporarily, just to receive medical care. During Castillo’s visit in April, 80 people were treated by IOM in the village of Monserrate, though regular access to medication remains a problem for patients. Some migrants said they plan to walk over 1,000 miles from the border to reach their intended destinations.

Across the Catatumbo region, villages face a host of disparate challenges. In the Campo Dos district, only one doctor is available to treat the entire population. There is also only laboratory testing once per week. Colombian health care staff have been hard to recruit to the area, and so most staffers are migrants.

The town of Tibú has a large indigenous Barí population, which numbers about 100. Here, access to preventative medicine is unavailable and locals report that access to health care, in general, remains limited, according to a Banco de Medicamentos report. Food insecurity remains an issue as well. Whereas in Campo Dos the most common problems are respiratory conditions, head trauma, malaria, cancer, and traffic accidents, in Tibú, tuberculosis, dengue, leprosy, and cataracts are among the most common diagnoses.

Elsewhere in Tibú, an elderly care center said they see people dropped off at the entrance so that families can avoid payment and that they also face difficulties sourcing the medications their residents need. Other health care facilities reported infrastructure-related problems, a shortage of doctors, and a lack of care for pregnant women.

Between April and July of this year, Banco de Medicamentos has delivered more than 1.4 million medicines and medical products to 47 hospitals in Colombia. The group supports institutions that help vulnerable populations such as children and the elderly, migrants, who now mostly hail from Venezuela and Haiti, and also respond to needs created by natural disasters such as flooding and landslides. The group also provides educational courses run by a university professor for hospital staff on topics related to pharmaceuticals.

Direct Relief supported Banco de Medicamentos with a grant to help them respond to the Venezuelan migrant crisis in Colombia and distribute free medicines to Colombian hospitals. Direct Relief has sent over $25.5 million of medical aid to Colombia since 2010. 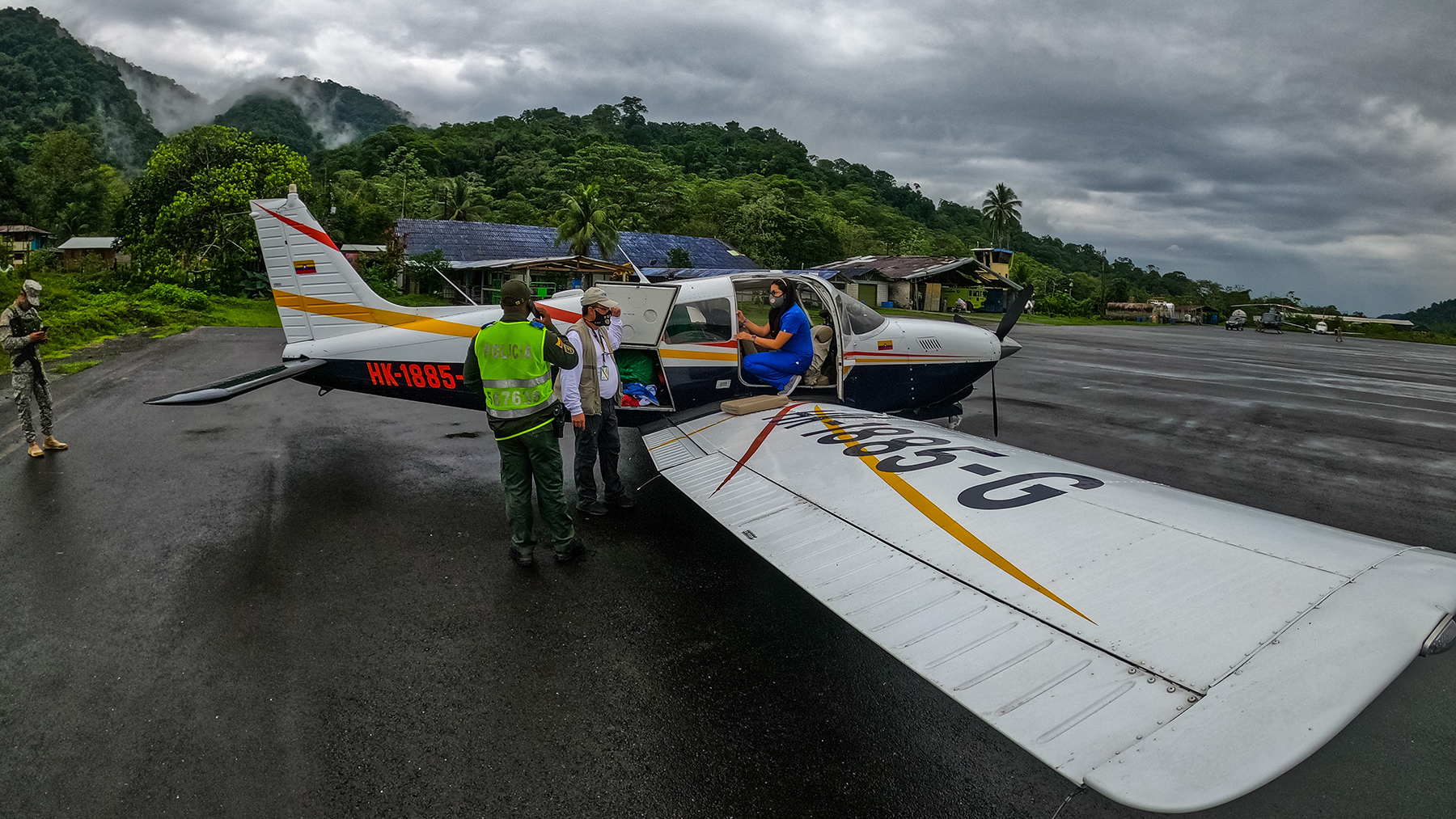