The Asociacion para el Desarrollo Rural Integral (ADRI) began working in rural Guatemala just two years ago, but the impact on the local Mayan community has been incredible. Since 2010, Direct Relief has partnered with ADRI to provide medical equipment and supplies to 14 health centers and three hospitals, which provide services to about 800,000 people. On Tuesday, Executive Director Borys Chinchilla and Project Manager Ruby Aralos visited Direct Relief’s offices to update staff and Board members about ADRI’s work.

ADRI works in an area called Alta Verapaz, in the impoverished eastern region of Guatemala, which is inhabited mostly by indigenous Mayan people. The organization works with a four-tiered model for successful development in each village or community that consists of income generation, agricultural production, water and sanitation, and health and education. There are over 22 local languages spoken in Guatemala, and the indigenous people have been living in the area for 500 years. Since 80 percent of ADRI’s staff is from the Alta Verapaz area, they have the unique ability to understand cultural traditions and effectively communicate with the people.

The region of Alta Verapaz has the second-highest maternal mortality rate in Guatemala, so ADRI’s work in health development focuses on pregnancy, maternal health, and family planning. Guatemalan families tend to be very large, frequently with seven or eight children, which creates problems in health, education, and income generation.

“(Many) women in Guatemala don’t want more children, but don’t know what to do about it,” explained Chinchilla.

ADRI trains local youth on family planning, HIV/AIDS prevention, and safe births. Locals form “pregnant women circles” where older women coach younger women on pregnancy and the importance of getting to a hospital or health center for childbirth.  These circles pass on valuable knowledge to the younger generation of mothers. ADRI also works with men in the local communities to teach them to recognize and respond to potential danger signs during pregnancy.

The health centers also work closely with educating local people about hygiene and sanitation, especially for water. “The second leading cause of mortality for children in Guatemala is diarrhea from unclean water,” said Chinchilla. ADRI helps local communities build wells, latrines, garbage dumps, and cesspits to improve health and sanitation to address this problem.

In terms of health and medicine, a triangular support system has been implemented between ADRI, Direct Relief, and the Portland-based Jack and Marie Eiting Foundation. ADRI assesses the needs of a particular community, the Eiting Foundation provides monetary support for ADRI to purchase local medicines, and Direct Relief provides required equipment for the clinic to function.

“This system is working very well,” said Chinchilla. This way, ADRI can save on transportation costs for medicines but still make sure all local health needs are met.

The ADRI health centers reach about 800,000 Guatemalans who would otherwise depend on the government’s public health system. Frequently the government system has significant gaps, as pharmacies usually lack medicines and hospitals prove to be expensive and ineffective.

“With all the red tape and politics in the Guatemalan government, the healthcare system often fails, so medical aid from Direct Relief is really needed,” said Chinchilla. “Last year our centers were the only place in the country that could provide both equipment and medicine to people.”

Most Guatemalans have access to less than $10 a year for health care, said Chinchilla, and so the work and medical support ADRI provides to improve people’s lives is vital.

“These people have been living in poverty for so long that they don’t see a future anymore, and we try to help them see a vision for how they can improve their lives,” said Chinchilla. “I’m here for those thousands of people today to say ‘thank you’.” 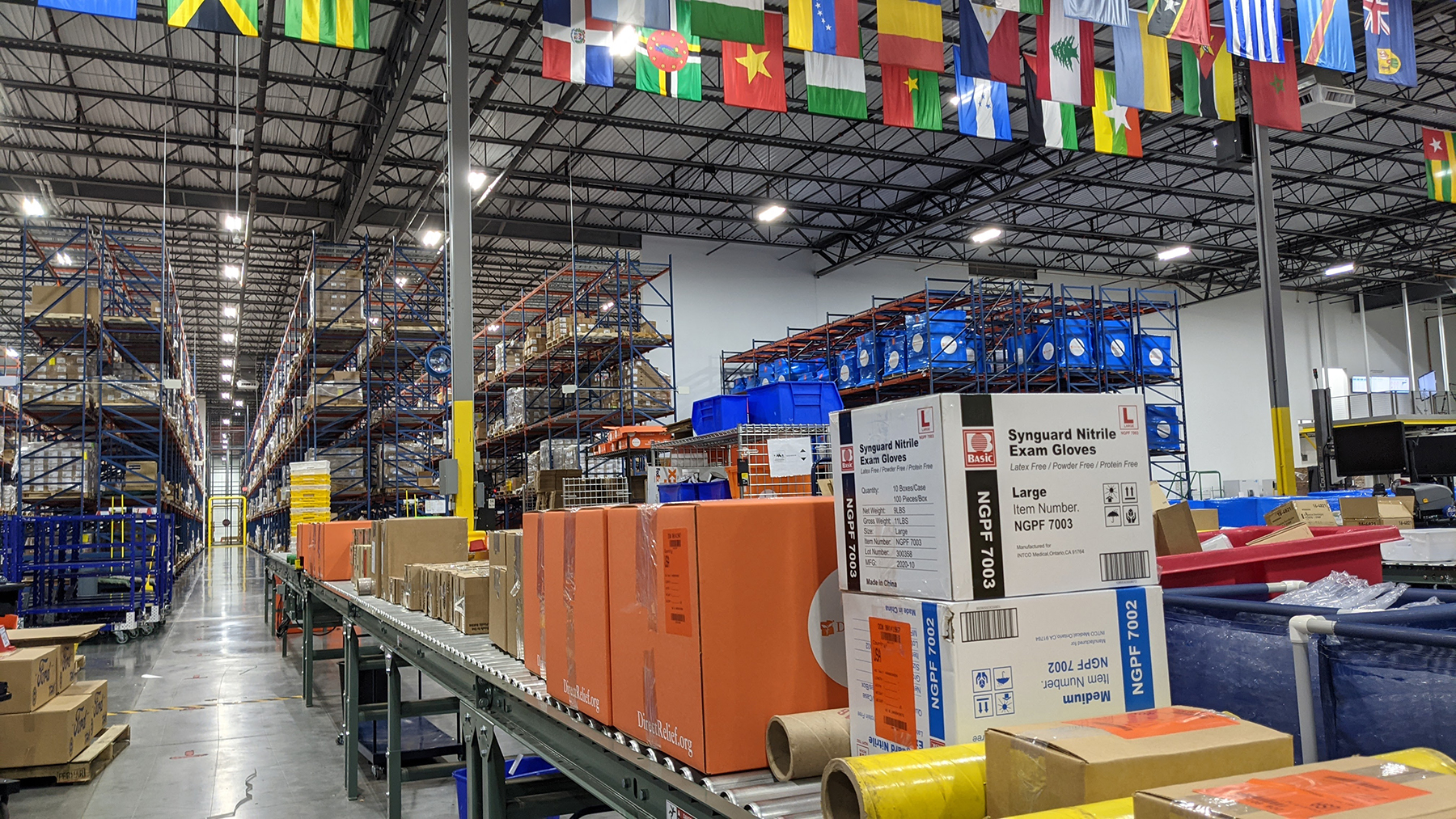