The tragic earthquakes in Nepal a year ago spurred an outpouring of public generosity — even as the event was still unfolding on tv and all that was known was a major catastrophe had occurred that ended lives and devastated those who survived.

Direct Relief was among the many groups to which people contributed. While that in itself is inspiring, it’s also a poignant reminder of the special obligation that exists when people give money to Direct Relief to help those affected by a particular event.

Direct Relief has a specialized focus and nearly 70 years’ experience providing ongoing and emergency humanitarian assistance (in the form of medications, medical and surgical supplies, and other health-related commodities) to local organizations. That was the lens through which we saw events in Nepal, where we had been working for years supporting committed, impressive local groups doing important work to improve the health and lives of people who face all sorts of health risks, have few resources, and little access to needed care.

The enormity of the immediate human tragedy was heartbreaking to everyone who saw the images. It was only made worse knowing that the initial earthquake, in a moment, simultaneously caused an increase in the need for care while destroying so much of the already limited capacity to provide it.

Direct Relief doesn’t receive government funding and, since our organization’s ongoing work in Nepal had never received specific patronage or dedicated financial support, it has been among the many things our organization pays for through general (or unrestricted in nonprofit-speak) contributions. Donors that make such gifts essentially permit our organization to use their funds however best, in our judgment, they will make a difference. A high degree of trust is implicit in these gifts, without which Direct Relief could not function. The immediate response to the earthquake began only because of such support and, as always, without the knowledge of whether the event would result in additional donations. We hoped it would, and immediately provided a designation on our website’s donation page to ensure that any potential donor clearly understood how to make a restricted gift for Nepal if that was the intent and, also, that Direct Relief would use any such contribution only for Nepal.

I note this because, as events unfolded, an outpouring of private philanthropic support did occur. For Nepal.

Direct Relief received $6,559,066 in financial contributions for Nepal from people and businesses and organizations. Thousands of those who made contributions also sent very personal, often emotion-laden comments as to why they were making a gift to help in Nepal, including one heartrending online gift of $20 from a Nepali citizen living on the outskirts of Kathmandu.

Direct Relief also received many other in-kind donations of medications and other health commodities and services that were requested by partners — including two humanitarian airlifts from FedEx – which allowed Direct Relief’s support to be far more extensive than would have been possible had the funds been used to purchase those essential goods and services.

As the one-year mark approached, we prepared a detailed report to explain – importantly, to people in Nepal for whose benefit we received the contributions, as well as to donors who made them — what, how much, where, why they’ve been used. We sent it to the Nepali government and partner organizations in Nepal at the same time we sent it to all those who’d made contributions and posted it, so we were pleased when Charity Navigator conducted a survey to ask many of the same questions.

As a technical, legal matter, the receipt of restricted contributions to help in Nepal didn’t make Direct Relief a trustee for people in Nepal with regard to the use of the money. But, on a personal level, the obligation feels something like that, particularly when people making gifts share their personal motivation with such emotion. I doubt very few if any of them were made with tax-optimization in mind or in consultation with a tax adviser. In Nepal, as in other events that create similar dynamics, receiving funds from one group to help others creates an obligation on both sides, which we continue to try to figure out how best to do.

Several years ago, following another emergency in which Direct Relief became the focal point for significant charitable contributions, the amount of restricted-by-donor cash contributions for that event exceeded our entire planned operating budget for the year. When I mentioned this had happened to our then board chair who was onsite handling phone calls, she said, “Well, this isn’t our money. The people calling are giving money to Direct Relief, but it’s for the people they’re seeing on TV living through hell.” Simply said, and exactly right – then, and in every similar event that inspires private giving to help the people or country that experiences a disaster. The Asian tsunami. Hurricanes Katrina and Sandy. The earthquakes in Haiti, Pakistan, and Indonesia. Typhoon Haiyan in the Philippines. The recent cyclone in Fiji, and current flooding in Houston and earthquake recovery ongoing in Ecuador. And Nepal.

For Direct Relief and all American nonprofits, honoring donor intent has long been a bedrock principle – but we recognize it’s difficult to assess adherence to, since the only standardized basis of comparison is a single, lengthy IRS form that all groups submit annually and requires groups like Charity Navigator to interpret and make the contents understandable for the public. It’s impossible to honor donor intent without giving donors the opportunity to express that intent. That’s why seemingly little things, like the specific language on website donation pages and in solicitations are so important – particularly in high-profile, deeply compelling emergencies such as occurred in Nepal after last year’s tragic earthquakes.

But, the anniversary of the Nepal tragedy also reminds us of the special obligation that Direct Relief has to the people of Nepal, having been entrusted with funds directed to our organization for their benefit. It seems an important – maybe the most important – obligation, and we hope we get it right, even though it’s different from the legal requirements and norms so obviously essential to inform those who made generous contributions that allowed Direct Relief to assist as it has and will continue to do. 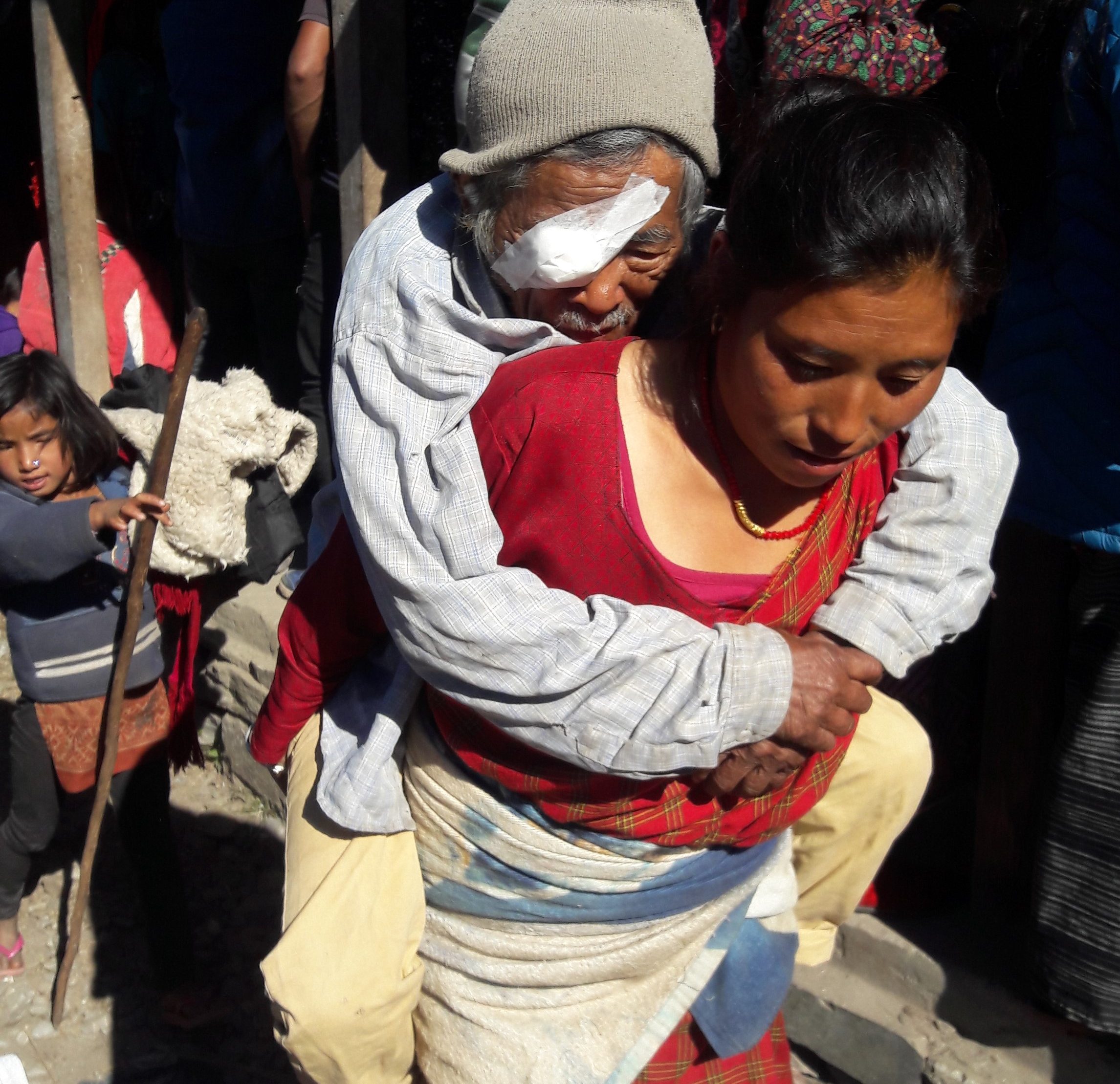