With Gaps in Health Care Left by Earthquake, Mexfam Steps Up in Oaxaca

On a scorching Wednesday afternoon, representatives from Direct Relief-partner organization Mexfam drove into the village of Santa María de Xadani in the southern Mexican state of Oaxaca to deliver ten large tents to families that lost their homes in the series of earthquakes and aftershocks that began here on Sept. 7.

Families that have spent the last month living under tarps – scant protection from the blazing sun and torrential rain – greeted Mexfam volunteers with eager smiles and stories of the 8.2-magnitude quake that brought down half the homes in this fishing village of 4,000 people. Providing temporary shelter is not, historically, one of Mexfam’s primary directives, but, as Beatriz Ramos Reyes, Director of Mexfam’s program in the Istmo de Tehuantepec region of Oaxaca, said, “in times like these, what’s happening out there is our priority.”

Since the earthquake, Mexfam’s Istmo branch has used its connections to international aid organizations like Direct Relief to acquire tents, foodstuffs and, in a few cases, hard-to-find medications. The clinic has deployed its small fleet of vans to distribute those goods to affected municipalities throughout the region. “When we don’t have goods to distribute,” Reyes said, “we help other groups to distribute theirs.”

An organization with over 50 years of experience promoting sexual health across Mexico, Mexfam first opened its Istmo branch in 1995 with a focus on sex-education programs. Representatives from the organization, like Dr. José Javier Jimenez Cruz, traveled to towns and villages throughout the region to give talks and raise awareness in schools. “In the 1990s, we had to ask permission from the school director, then get permission from the parents, so it was a whole bureaucratic process, though fortunately no one ever denied us permission,” Jimenez said.

Three years later, Mexfam opened its clinic in Ixtaltepec, a town of some 15,000 people six miles north of Juchitan, one of the region’s most important towns. “In the state of Oaxaca, the Istmo is a flashpoint for teen pregnancy,” said Reyes, “and within the Istmo, Juchitan.”

Since opening its doors 20 years ago, the Mexfam clinic in Ixtaltepec has grown into a general community medical center, continuing its work in sex education, STD testing, and pre- and post-natal care, but also providing general medical services to the community at large.

In Jan. 2017, Mexfam launched a program called Transformandome (literally ‘transforming myself’) that supports transgender and queer populations across eight municipalities in the Istmo region, an area with a rich culture of non-binary gender awareness.

Though the devastation wrought by the September quakes spared Mexfam’s physical spaces – the treatment facility attached to the clinic suffered minor damages, but nothing to threaten the integrity of the structure – some of its most valuable equipment was critically damaged, including its X-ray machine, microscopes and portable ultrasound. Programs like Transformandome, in the meantime, have been temporarily suspended as participants, including those in Xadani, direct their energies toward the more immediate needs of their neighbors.

According to Dr. Jimenez, who has worked with Mexfam’s branch in the Istmo from the beginning, the biggest medical challenges for the region have only just begun. “We’re all in a moment of incredible stress,” he said, which results in many people deferring care both for chronic and acute conditions. “Since the earthquake, no one has come for a colonoscopy, for instance, even though we have above average levels of colorectal cancer in the region.”

Meanwhile, even as Mexfam steps in to perform procedures like appendectomies and C-sections, helping to compensate for the space that was lost when Juchitan’s general hospital collapsed, the organization’s primary directive of tackling sexual and reproductive health remains as urgent as ever. “People told us, ‘No one’s giving out condoms!’” Reyes said. “I hadn’t thought of it, but it’s true, in such close quarters we’re going to see a lot of pregnancies.”

Disaster creates new complications, but old ones don’t simply disappear. As the adrenaline of emergency response mellows into the slower rhythms of reconstruction, Mexfam, in partnership with Direct Relief, will find new ways to balance its day-to-day work with the imperatives of disaster relief in an oft-ignored region struggling to return to normalcy.

In towns like Xadani, that struggle has only just begun. That afternoon an old woman called Lucia Ramirez looked on as Mexfam volunteers erected a tent over the blank patch of concrete that used to be her home. “Diu xi cu’ndaya latu,” she said in Zapoteco, the mother tongue for the indigenous peoples in much of the region. “You don’t speak Zapoteco, do you?” she asked, as the volunteers shook her hand and leaned in to kiss her wrinkled cheek. She translated: “I’m asking for more life. That’s what matters most.”

– Michael Snyder is a journalist based in Mexico City. 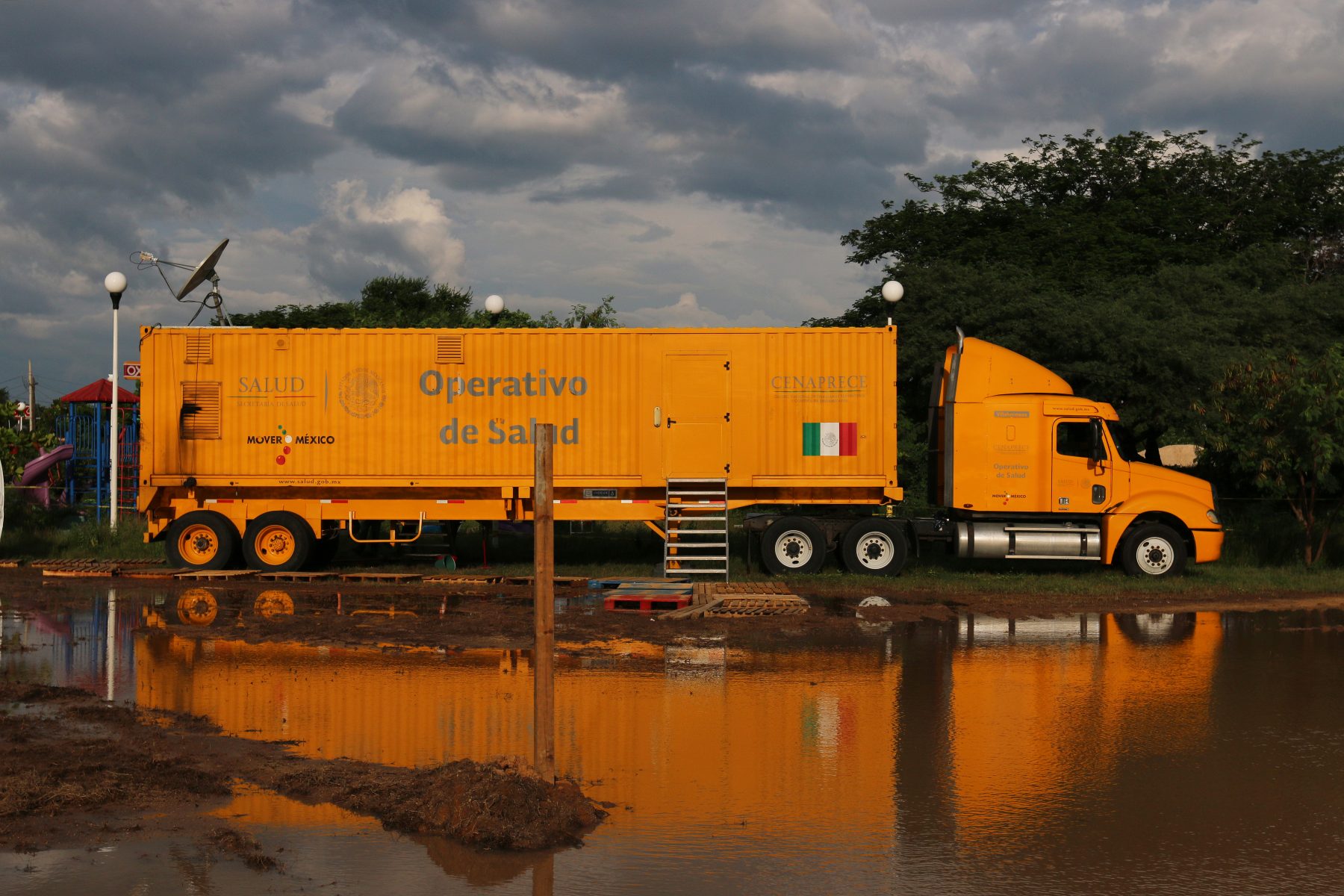