After a small Florida town is decimated by Hurricane Michael, first responders step up.

Mexico Beach Interim Fire Chief Donald “Sandy” Walker had been in that position only a few weeks when he got the call of his life.

The town of about 1,000 people sustained a direct hit from Hurricane Michael, which blasted beach homes and buildings with winds of 155 miles per hour, just under a Category 5 hurricane.

Reports say over 90 percent of homes in the town are destroyed or uninhabitable. Among the buildings destroyed was the town’s fire station, where Chief Walker manages a firefighting crew of 12.

I met Walker last week in my role as Direct Relief’s Director of Emergency Response while delivering medicines and supplies to first responders. We met at Mexico Beach City Hall, which was being used as a hub for supplies, and a place where people could get information about their friends and neighbors.

We were directed to City Hall by a group of firefighters who had come in from Sarasota to support Chief Walker and his crew.

The staff at City Hall told us to hang tight until someone could review the medicine we had to offer. After waiting around 45 minutes, we heard a man in a Mexico Beach fire uniform ask the clerk to direct him to “the guys who had brought the medicines.” That person was Chief Walker.

He walked us over to his truck. He still was carrying firefighting gear that he deployed with the night Michael hit, and asked us what we had to provide.

Our team had medicine; antibiotics like Ceftriaxone and Z-paks and EpiPens, medical supplies for things like wound care, and first responder packs. Because we showed up somewhat unexpectedly to the epicenter of the strongest hurricane to ever hit this region, I was expecting him to say “thanks, but we’re all good, we’ve got what we need.”

Surely he would have had the resources he needed to do what he and his team were trained to do. Tuned out, they didn’t. He invited us to the fire station nearby to see for ourselves.

We followed his truck down the beach and inland a few blocks. Mexico Beach is small, with a population barely over 1,000. It had been quaint.

That was before houses were ripped from their foundations and sent tumbling down the streets. Nothing was left except piles of sand strewn with personal items. The only thing I’d ever seen that resembled this amount of devastation in the U.S. were the 2013 tornadoes in Moore, Oklahoma, where wind gusts of 210 miles per hour killed 24 people and caused $2 billion in damage.

Walker showed us where the fire station’s exterior ripped off. He pointed out the waterline left by nine feet of water that rushed through the interior and ruined gear that had been placed carefully on shelves six feet above the ground. The water-logged gear had since been placed on the dirt outside the station to dry out.

Muck six inches deep covered the inside of the station. The department’s all-terrain vehicle was flooded and non-functional.

When a fire broke out as a result of broken gas line, firefighters had to watch it burn itself out, since they’d lost their tanker truck and pump. It took all night before the fire died down.

Despite all that, Walker maintained calm. He was collected. He was working.

Yes, he was worried about his crew and their houses and their families. He mentioned that he was thinking about the nights when the out-of-town fire crews left and wondering if he had enough gear and crew to be able to work should something happen.

He wondered how or when they’d get a new fire station. But overall, he was focused on the task at hand and was going to do whatever he needed to get the job done. He was even talking about volunteering for other county’s fire departments in case they needed help.

Chief Walker and the Mexico Beach Fire Department weren’t the only crews on the scene. Crews from around the nation came in to help. But when the out-of-town teams leave – and they will – the work will be left to Chief Walker and his station. It’s always the local crew that gets the first call when something happens in their hometown.

In Direct Relief’s hometown, on the morning of Jan. 9, 2018, local fire departments were first on the scene when mudslides killed 24 people.

As first responders worked heroically to rescue people, they requested specialized items like all-terrain vehicles and water rescue equipment. Direct Relief was able to quickly procure these items so they’d have what they needed to meet the challenges the disaster had surfaced.

We’ll do the same for Chief Walker and the Mexico Beach Fire Department, to make sure they’re prepared and ready for the next one. Because Chief Walker and his crew are ready. But they need the gear to do the jobs they’ve trained for.

As part of a $250,000 commitment to the Hurricane Michael recovery effort, Direct Relief has allocated $10,000 to help the Mexico Beach Fire Department with equipment replacement. Direct Relief has been supporting health centers and free clinics in Florida with medical aid since 2009, and will be infusing these health facilities with additional support as they recover from Hurricane Michael’s impacts. 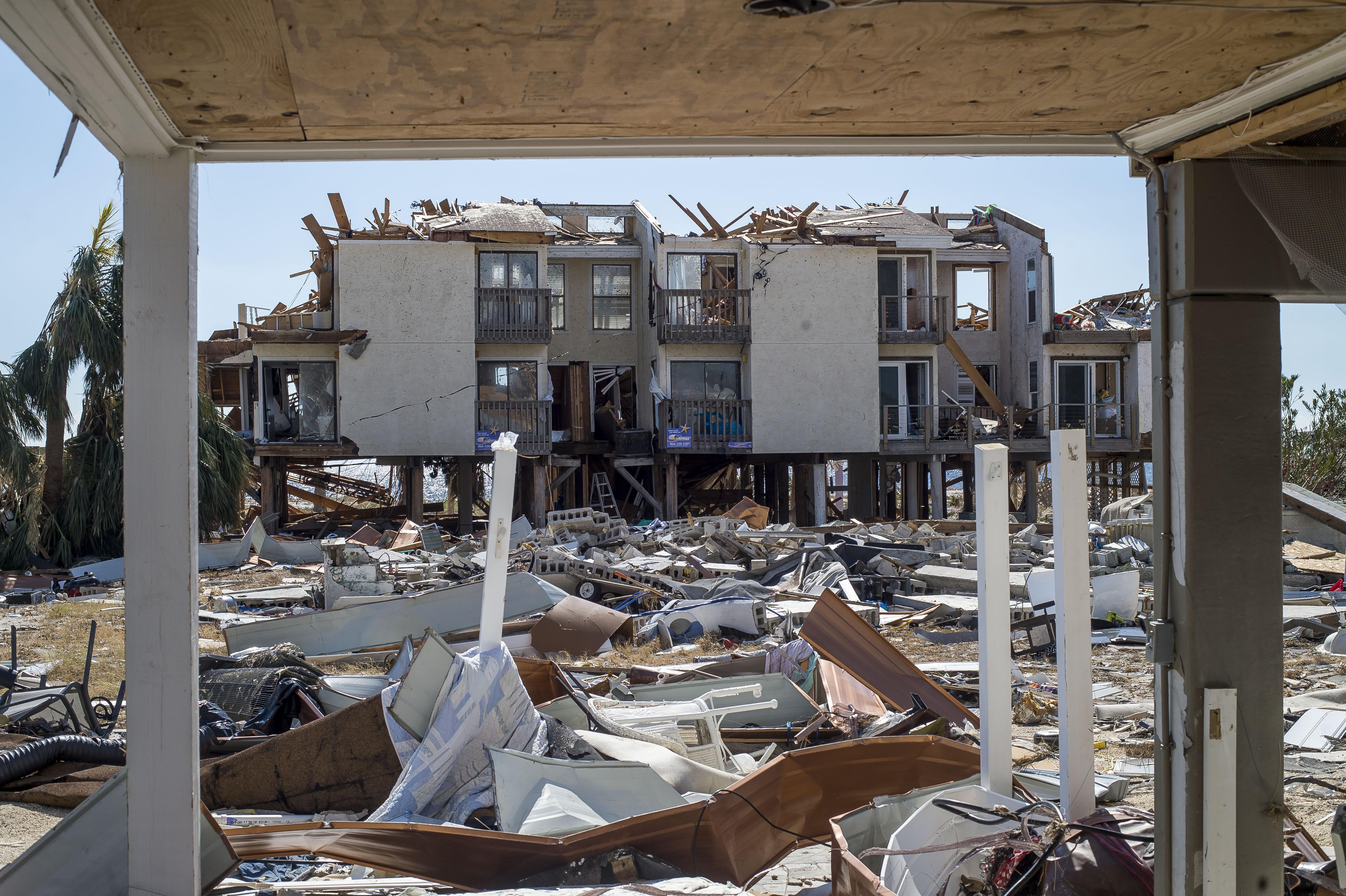