Conflict in northwestern Syria made cancer care inaccessible. A dedicated oncologist decided to fill the gap.

During wartime, cancer care isn’t the first thing on most people’s minds. But for thousands of people in the conflict zone of northwestern Syria, it’s vital. And until recently, it was unavailable.

The region is currently home to approximately 4 million people. It’s been a prominent fixture in the news in recent months, since the Syrian government launched an offensive in April to regain control of the Idlib province, an area near the Turkish border.

More than 300 have been killed in the ensuing conflict and 300,000 are displaced, according to the UN.

Even in less extreme circumstances, wars disrupt access to medical care, cutting off supply chains for vital medicines and making it dangerous to travel to a doctor or hospital.

Many of those remaining often have their hands full treating injured civilians. Triage is often performed in underground facilities, which are less vulnerable to bombing.

Yet chronic, non-communicable diseases like cancer are still an ever-present danger for many. The Syrian American Medical Society, or SAMS, estimated that, between 2011 and 2014, 200,000 Syrians died of chronic conditions – many of them unable to seek medical care.

And in northwestern Syria, where oncologist Bassel Atassi estimates that between 2,000 and 3,000 patients will develop cancer each year, there was nowhere to get reliable treatment.

“These patients are diagnosed with cancer, and either they die of the disease or they have to go to the areas in the south that have more conflict,” like Damascus, the capital, Dr. Atassi explained. High-quality cancer care is available in Damascus, but the journey is perilous. While some patients have the option of going to nearby Turkey to seek treatment, most can’t afford to do so.

Many of them would make a full recovery if care were available, but living in or near Idlib, they’re likely to die.

Oncology in a war zone

Dr. Atassi, who practices at Little Company of Mary Hospital Cancer Center in Illinois but is originally from Syria, is a member of the Board of Directors at SAMS. However, until last year, he hadn’t developed an oncology program in the region. “I always asked, ‘Why aren’t I doing anything for my own specialty?’” he said.

He saw an opportunity in the northwestern conflict zone: “I figured that there is much need, and it will be quite challenging and an adventure to do this.”

Most NGOs are hesitant about funding cancer programs. “They always talk about numbers, that we can treat 50 kids for one cancer patient,” Dr. Atassi said. “It’s [seen as] something expensive, something complicated, something where the patient will die” even with intervention.

But Atassi persisted. He found three oncologists willing to treat cancer in the region despite the dangers, along with a pharmacist and nurses, and purchased high-quality cancer meds. And on November 4, 2018, the SAMS Oncology Center opened in Idlib.

Dr. Jamil, an oncologist at the center, asked to be identified only by his first name because of the dangers of working in a conflict zone. “We have in Idlib [only] a few doctors with this specialization. We have to work to help patients with cancer,” he explained, when asked why he chose to continue practicing in this part of Syria. “In the last few years, we couldn’t help those people.”

Dr. Atassi recalls the story of a young mother with four children who had developed breast cancer and who – before the cancer center opened – had no treatment options except going to Turkey, which she couldn’t afford. The center gave her chemotherapy and surgery, and she made a full recovery.

The center, which treats 300 patients per month, is doing triage of a different sort. While other diagnostic and treatment options are offered, the staff primarily focus on breast cancer and lymphoma, which have relatively straightforward treatments. When they have more resources, they’ll add colon cancer to the roster.

“We have a philosophy in our center that we need to focus on curable cancer, not advanced cases or palliative treatment,” Atassi said. (They make an exception for lymphoma, which can be treated successfully even at an advanced stage.)

Direct Relief has supported SAMS’ work since 2012, providing medicine – including oncology drugs – to the society’s programs.

While the traditional aid model focuses on helping as many people as possible, the SAMS oncology center meets an essential need. “A cancer patient is a human being,” Dr. Atassi pointed out. “Cancer can be cured and managed for a long time for many people.”

Even at this moment, the center is a desperately needed chance to receive oncology treatment in a place where the healthcare system has been all but decimated. But, according to Dr. Atassi, people living in conflict zones are thought to have a higher risk of developing cancer as the years pass, which means that the center may become even more essential in the future.

Despite the dangers – and the inherent sadness of seeing so much serious illness – Dr. Jamil insisted it’s worth it. “We have a beautiful feeling when we treat those patients,” he said. 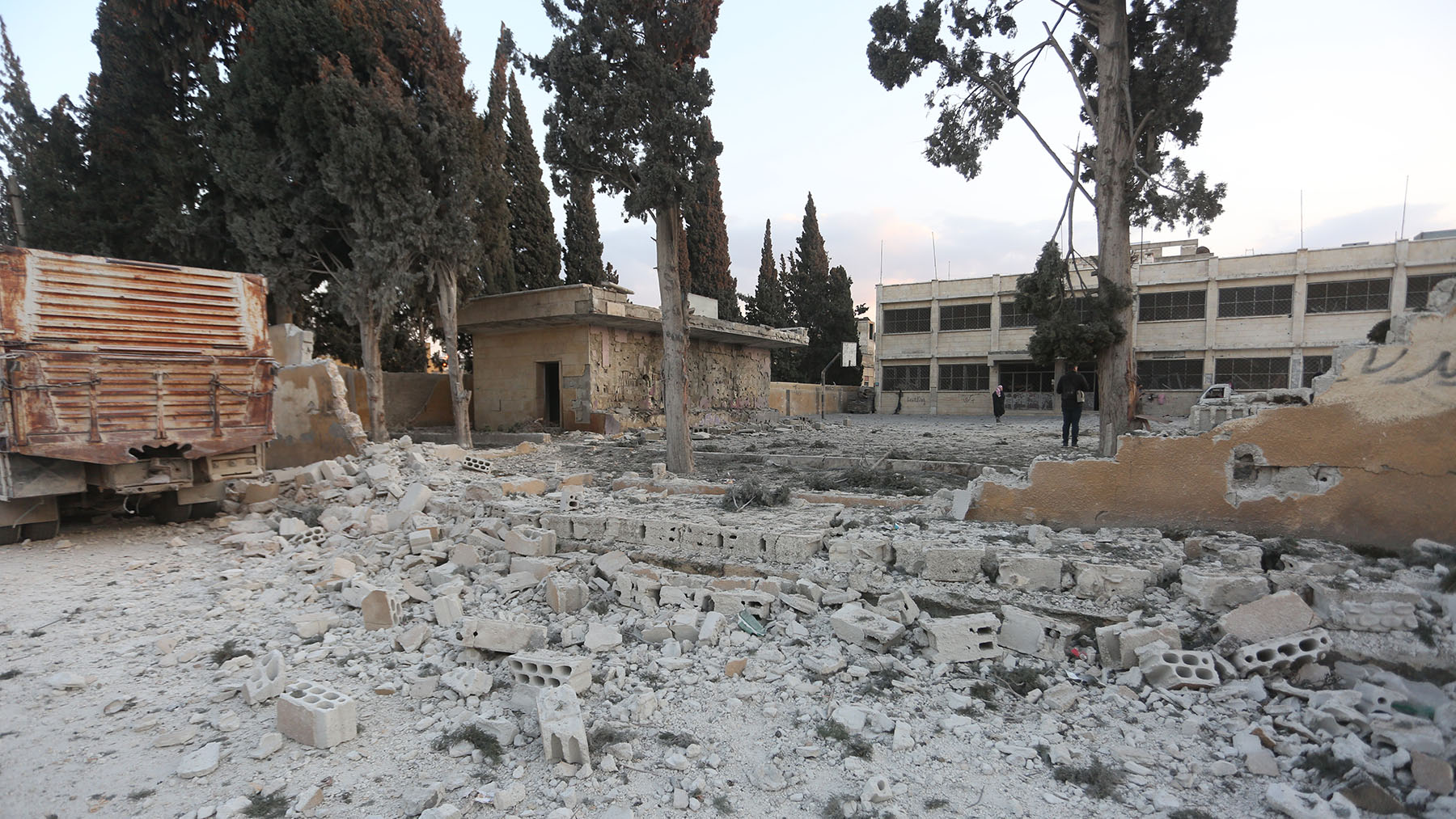