As he sat on the exam table in a Dallas clinic, the five-year old boy’s face was completely blank. He wouldn’t speak a word or even turn his gaze to the doctor. In more than 30 years of practicing pediatrics, Dr. Farooq Habib had never seen a child so traumatized.

The boy and his father had migrated from violence-wracked Honduras. But instead of finding security in the United States, the child was taken away from his father by immigration authorities under the Trump Administration’s child separation policy. They put him on an airplane to New York, where he was held in a facility for several weeks.

Now, the child was staying with an aunt in Dallas, but seemed locked inside himself, refusing to eat, speak, play or interact with anyone.

“This is probably the most severe case we’ve seen so far,” but hardly the only one, says Dr. Sharon Davis, chief medical officer at Los Barrios Unidos Community Clinic, a federally qualified health center in Dallas. “We have a very high immigrant population, who are affected by the many, many traumas they get through to get here.”

Los Barrios Unidos and other Texas health centers are on the vanguard of trauma-informed care, a budding movement to recognize and respond to the widespread prevalence of trauma among patients.

The Texas Association of Community Health Centers, with up to $1 million in grant funding from Direct Relief, is working to train its member health centers in trauma-informed care. TACHC’s 73 members, with more than 400 sites across Texas, collectively provide care to 5 million patient visits per year. Community health centers typically provide primary and preventive care to medically underserved and uninsured people, the overwhelming majority of them below the poverty line.

Caring for the Health of Trauma Survivors

Early detection and treatment of trauma can head off a lifetime of consequences and high medical costs. A person carrying trauma faces higher risk of substance abuse, mental health issues, heart disease and risky sexual behaviors. The trauma often goes unrecognized by medical workers, who treat the symptoms—addiction, depression, self-harm—rather than the causes.

Trauma-informed care is a relatively new field, gradually emerging since the mid-1990s and still in a formative period. While psychological trauma has always been part of the human experience, post-traumatic stress disorder, or PTSD, wasn’t recognized as a medical diagnosis in the United States until 1980, when the American Psychiatric Association added it to the third edition of its Diagnostic and Statistical Manual of Mental Disorders, the DSM-III.

Psychologists have come to believe that millions of Americans who have never been in combat are walking around carrying trauma from their own experiences. Those experiences may include sexual or physical abuse, witnessing or experiencing gun violence, or the separation of children from parents by U.S. immigration agents.

While these experiences may inflict deep trauma, “trauma can be as simple as a dog bite or a minor car wreck,” says Aimee Rachel, Trauma Informed Care Project Coordinator at TACHC. “People will often have trauma symptoms but dismiss their experience because it was not a ‘big’ trauma.”

“We recognize that the military we send into war may develop PTSD as result of being shot at with weapons of war,” says TACHC Executive Director José Camacho. But right here in the United States, he says, “we have kids today that are being shot at with weapons of war.” The duck-and-cover nuclear war drills of the 1960s have been replaced by training small children to hide from active shooters in their schools, he notes, asking whether such training itself can traumatize these children.

Children brought into a health center because of behavioral issues in school are often given medication for Attention-Deficit/Hyperactivity Disorder. But if the underlying issue is an experience of trauma, that medication will likely fail to fix the behavior and could potentially cause new harms.

Trauma-informed care doesn’t require any significant changes in health center workflows, TACHC says. Instead, it trains every staff member (especially those encountering patients) on how to recognize signs of trauma, and makes small adjustments in practice to avoid re-traumatization.

“When you drill it down, it’s caring about people,” says Dr. Roxana Cruz, TACHC’s director of medical and clinical affairs. “If we allow ourselves to care deeply about people, then they respond and tell you their deepest feelings and emotions, and thereby can be provided with support, directed to trauma-specific therapy, and taught healthy coping skills.”

Recommendations for trauma-informed care affect everything from the layout of the waiting room to the way a doctor listens to a patient’s breathing:

Because so many women have experienced sexual assault, a doctor should explain that he will use a stethoscope and ask permission before reaching toward a woman’s chest.

Because so many people have been victims of violence, parking areas and stairwells should be well-lit, and the waiting room should include chairs facing the entrance for people who fear sitting with their backs to a door.

“Health care services, with an inherent power differential between patient and physician, and which often include physical touch, removal of clothing, lack of privacy, and personal questions, can be re-traumatizing for survivors,” says Dr. Eve Rittenberg, writing in the New England Journal of Medicine.

TACHC is using a train-the-trainers model, starting this year with 10 to 12 health centers identified through surveys as being most ready. It conducted the first training sessions in April.

In each selected health center, three members are being trained: one behavioral health or substance use disorder clinician, one medical or dental provider, and one staff member “who has demonstrated ability to be a change leader within the center,” TACHC says in a fact sheet about the program. TACHC is providing full-day training workshops, monthly one-on-one and group calls for coaching, and train-the-trainer guides.

Trauma-informed care extends to caring for health center staff. “Like everyone working in health care, I am vulnerable to the effects of vicarious trauma, the weight of witnessing my patients’ suffering,” writes Dr. Rittenberg. “Vicarious trauma can lead to compassion fatigue and burnout, especially when it resonates with a provider’s own prior traumatic experiences or occurs in a setting that lacks opportunities for support and discussion of the work.”

Texas clinics experienced high staff turnover after 2005’s Hurricane Katrina, which destroyed New Orleans and sent refugees flooding into Texas. While the health centers initially attributed the turnover to burnout, they eventually realized the clinicians were suffering from the secondary trauma of having to deal repeatedly with patients in crisis. When Hurricane Harvey hit in 2017, the TACHC helped train staff on secondary trauma, and the centers whose staff got training saw far lower levels of turnover, Camacho says.

The Dallas health center doesn’t know what became of the boy who stopped speaking. They could never get his aunt to bring him back. 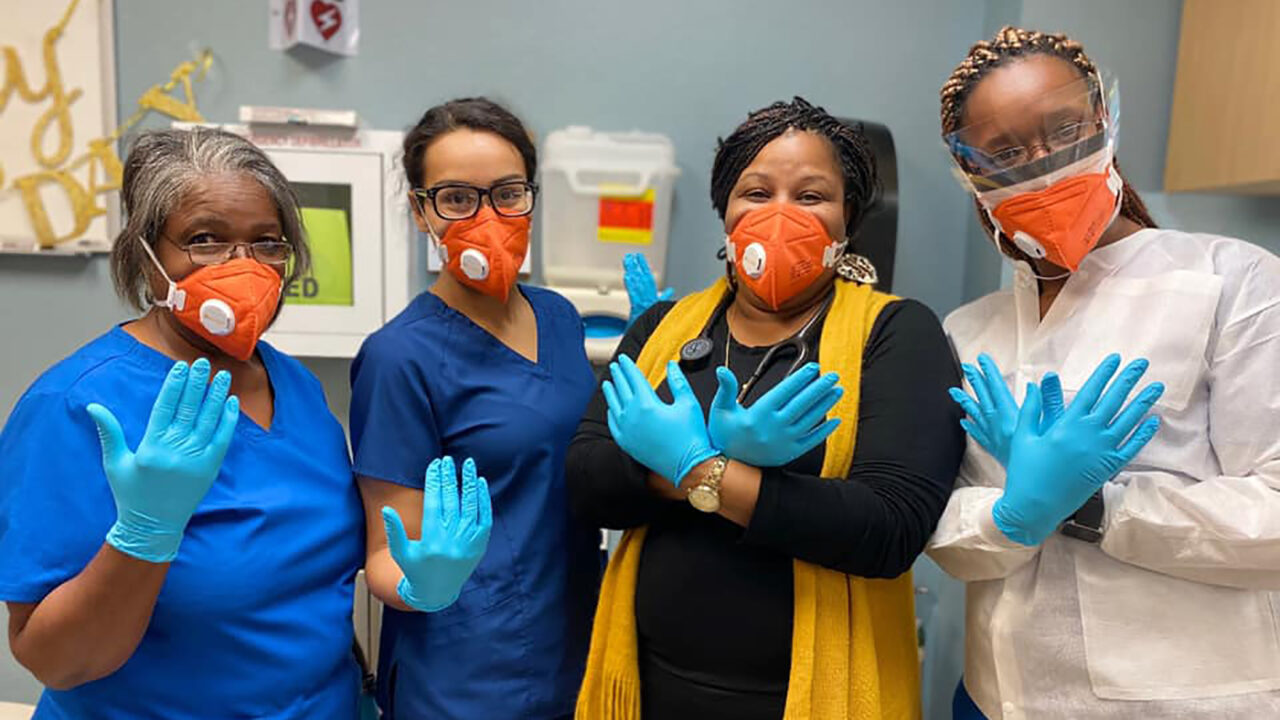