When Yemen Aid decided to position an ambulance in the besieged city of Taiz, they needed to get it out of turbulent Hodeidah first. So a local car dealer stripped it of anything medical-looking, painted “Congratulations!” on the side, and passed it off as a wedding van.

At-the-ready ambulances, whether they’re parting reluctant commuters packed onto the freeways at rush hour or wailing past in the night, are a fixture of life in the United States.

In Yemen, by contrast, Nasser explained, ambulances are a rare luxury, and reliable ones are even rarer. Even when aid groups donate ambulances to hospitals, a lack of operational costs may mean that an ambulance sits unused and unable to help.

Yemen Aid decided to change that, placing one fully-funded ambulance in the city of Hodeidah, an important port city that has been hard-hit by famine and disease, and another in Taiz, which has been under siege since 2015.

Nasser wanted to take “some of the privilege that we have here that we sometimes take for granted and bring it to a country that’s in desperate need, especially during this war.”

Working with a local group, Yemen Aid runs its ambulances like a 911 service, with a dedicated number people can call if they need urgent medical attention.

“We are rehabilitating that concept of quality health care for everyone,” Nasser said. The goal is “not only to do health work, but to show there’s quality of health work.”

And in Yemen, health care isn’t easy to come by. “The health system in the country in general has taken, quite frankly, a catastrophic hit in the last four years,” said Dr. Sharif Ismail, a public health researcher at the London School of Hygiene and Tropical Medicine who focuses on the Middle East and North Africa.

In 2015, long-running tensions between the country’s leadership and the rebel Houthi faction became a large-scale conflict and the focus of international attention. Although death counts vary widely, the Armed Conflict Location and Event Data Project said that it had recorded more than 100,000 deaths as of October 31.

When it comes to health care, it’s hard to even get a sense of the scale of the issue. Millions of people confront malnutrition and disease. Dr. Ismail explained that food insecurity is compounding the effects of dengue, cholera, and diphtheria outbreaks in the country.

Even as it has increased the burden of disease, conflict has made care widely unavailable and difficult to access.

According to Dr. Ismail, in 2016 – the latest numbers available – about half of health facilities are either nonfunctional or operating at reduced capacity. For example, the larger governorate of Taiz has about 10 hospitals – none of which are fully functional.

And even then, people in conflict zones may not be able to make it to a health facility, thanks to checkpoints and unsafe streets.

Dr. Ismail explained that the severity of the situation varies widely across Yemen. “There can be areas of the country where things are really quite calm even as there can be extraordinary violence elsewhere,” he said.

By placing ambulances in two conflict-torn cities, Hodeidah and Taiz, Yemen Aid hopes to help bridge the chasm between what is needed and what is available. “We are rehabilitating the concept of quality health care for everyone,” Nasser said. “One of my dreams is to have this type of service all across the country.”

The wedding van disguise was only the beginning. Traveling through the city of Ibb in the midst of tribal conflict, the ambulance was held for several hours as a suspicious vehicle.

Ultimately, the car dealer found a family willing to travel in the van. “You don’t bother families in cars, especially if there’s a woman, so you can pass checkpoints very quickly,” Nasser said.

Today, both ambulances are in operation, carrying anyone who calls to a nearby hospital for free.

It’s not without difficulties. “It is challenging to work with any conflict, but provinces under siege are a little more complicated because you have fresh conflict every day,” explained Nasser.

To know which roads are open and or safe to take, ambulance drivers rely on conversations with locals. Before starting a shift, a driver will reach out to contacts to get up-to-date information.

And in cities where conflict can break out on the streets without warning, those local contacts can be invaluable, acting as mediators and helping to ensure that the ambulance, and its staff members, stay safe.

It’s not always a guarantee. “You’re dealing with militias who don’t really understand the rule of law,” Nasser said. At one point, after a Hodeidah hospital was taken over by Houthi rebels, she received a message warning her that the ambulance team was in potential danger if they went out to provide service. “We had to stop the ambulances so we could rethink what this means for us,” she recalled.

Thus far, they’ve been lucky. Despite responding to what Nasser describes as “fresh battlefields,” and even picking up “burned bodies from airstrikes,” the ambulance teams have never been in immediate danger.

It’s not all grisly. Many of the calls are for women in labor – who occasionally give birth before they can get to a hospital.

“It’s crazy how people can still have kids in conflict,” Nasser said. “We’ve seen death and we’ve seen life in that ambulance, and that shows us the dynamics of the country.” 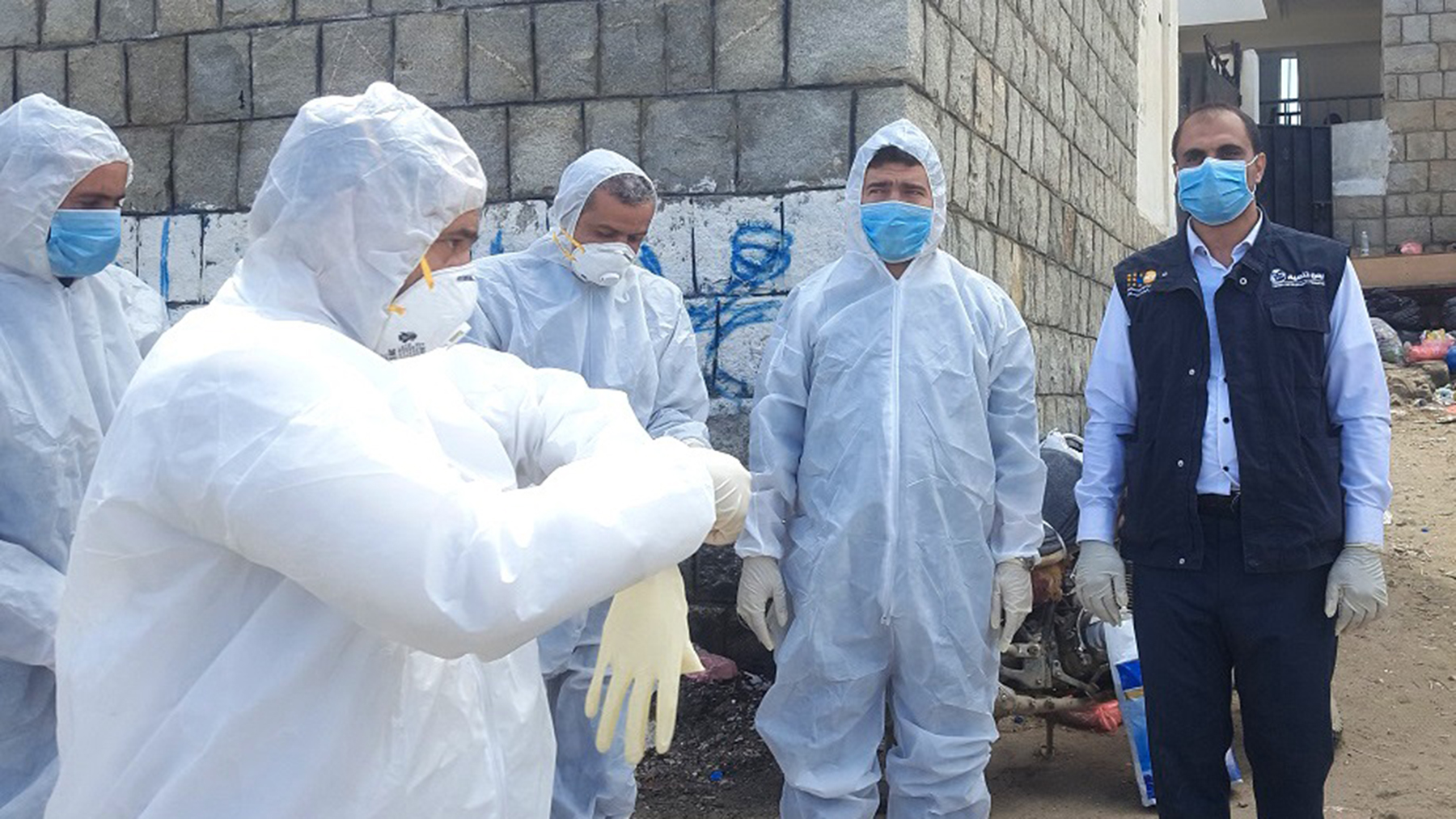