Narrowing the Gap Between Vulnerable Patients and Specialty Care

One out of 12 people in the United States receive medical care at a community health center, according to the U.S. Health Resources and Services Administration. These 28 million individuals, many of whom pay on a means-based sliding scale, are often able to access primary care as well as other services such as dental care and nutrition coaching.

While community health centers fill a crucial gap in the U.S. health care system, they often lack the resources and staffing needed for more specialized treatments, which can result in their patients going without such care.

But a new, nonprofit start-up is changing this reality by providing a way for highly experienced physicians to share their knowledge with community health center providers via, one-on-one or small group calls, webinars, and mentoring. The MAVEN Project, which stands for Medical Alumni Volunteer Expert Network, works to connect doctors with other doctors so that expertise can be shared among providers.

MAVEN volunteers have been trained at top medical schools, including Harvard, Yale, Columbia, UCSF, and UCLA, and have an average of 20 years of professional experience. MAVEN covers more than 40 specialties across adult, pediatric, and primary care.

“Through our services, we’re really able to help local providers do all they can, so that only those patients that truly need that in-person visit to a specialist makes that heroic effort, and everyone else can be treated at their local clinics,” said Dr. Lisa Bard Levine, CEO of The MAVEN Project.

“The challenge for these communities is the referral,” she said of health center patients seeking referrals to specialty care. “…We give community health center providers the resources to care for these populations, so they can avoid the conditions getting worse and emergency room visits.”

Breaking Down Barriers to Specialty Care

Because many specialist physicians will not see uninsured or Medicaid patients, wait times can be extremely long for those who do. Challenges are also myriad for patients, including taking time off work for appointments, finding childcare, transportation, and the cost of the visit.

Such challenges were noted in a 2017 University of Washington study that found life expectancy can differ by more than 20 years in the United States, depending on socioeconomic, racial, behavioral, and other factors, one of which is access to healthcare.

In Florida’s Miami-Dade County, a 15-year life expectancy gap exists for babies, depending on which neighborhood they grow up in, according to the Miami Herald. Dr. Fred Anderson, a family physician and associate professor at Florida International University who called himself a “super user” of MAVEN, is part of a mobile care program that treats about 1,000 uninsured patients annually.

“It’s been wonderful for those of us who work with the underserved and dedicate our careers to them. They (MAVEN) go above and beyond to send us resources and I felt intellectually enriched by the engagement. It strengthened our ability to better care for our patients,” Anderson said.

Levine said MAVEN is doctor-to-provider instead of doctor-to-patient because it allows doctors to carry their experience across state lines, something that would not be possible with a doctor-to-patient setup, since each state has their own licensing schemes for such interactions. Additionally, she said, it allows clinics to maintain their procedures and enhance the care they provide without significant change to their operations.

“Initially, we tried direct-to-patient, but this caused clinics to change their operations. For instance, if a patient is there, they might be forced to add more staff, for instance a translator,” she said.

At Manet Community Health Center in Quincy, Massachusetts, Kathleen Neimann, a nurse practitioner, has also been able to take knowledge gained from her MAVEN calls and apply it to her patients.

“I feel like I can get my questions answered,” she said.

Neimann said that many of her patients are all but unable to see a specialist for their illnesses.

“It’s a great way to manage conditions in the interim,” she said.

Niemann said one of her patients has rheumatoid arthritis, depression, and is dealing with addiction, as well as homelessness. Neimann said she was able to coordinate with MAVEN regarding how to treat his arthritis. After sharing basic notes about the patient, she was given direction on lab tests and treatments she had not been aware of, as well as guidelines on prednisone dosage, a medication the patient needed to manage his health.

“Prior to MAVEN, I would have been too nervous to continue administering prednisone, so without MAVEN, I just would have encouraged him to try to see a rheumatologist,” she said. “But the risk with that is that if the pain is not well controlled, there is more risk of relapsing.”

“It makes me feel more confident in the treatment plan, because I know that there’s a MAVEN volunteer who has had a lot of experience, decades in some cases. To hear that input from someone who is so knowledgeable, makes more confident in following the plan,” Neimann said.

Despite the value for many cases, both Anderson and Neimann pointed out that MAVEN is not always a replacement for a specialist’s in-person care, and that it should be seen as both a means to essentially triage patients, as well as a means of professional development.

“Sometimes that consult doesn’t fully satisfy the need for cardiology expertise, so we do have those circumstances where it is helpful, but they still need to see a cardiologist,” Anderson said, using heart-related issues as an example.

Direct Relief has committed to supporting six clinics to participate in MAVEN for three years. The partners include two clinics in South Carolina, one in California, and three in Florida. All of the clinics were chosen to help them with recovery and resiliency after natural disasters, including Hurricanes Michael and Florence, as well as the Camp Fire.

Beyond the knowledge, Anderson said that MAVEN provides him and his team with other, harder-to-quantify benefits as well.

“Doctors are overworked, health care providers are overworked, and when working with underserved communities, it can be hard to see the struggle to get the care they deserve,” Anderson said. “It really invigorates us, we find it tremendously rewarding and tremendously professionally satisfying,” he said, adding that working with MAVEN volunteers also helps boost morale.

“Personally I felt like I’ve become a better doctor,” he said. 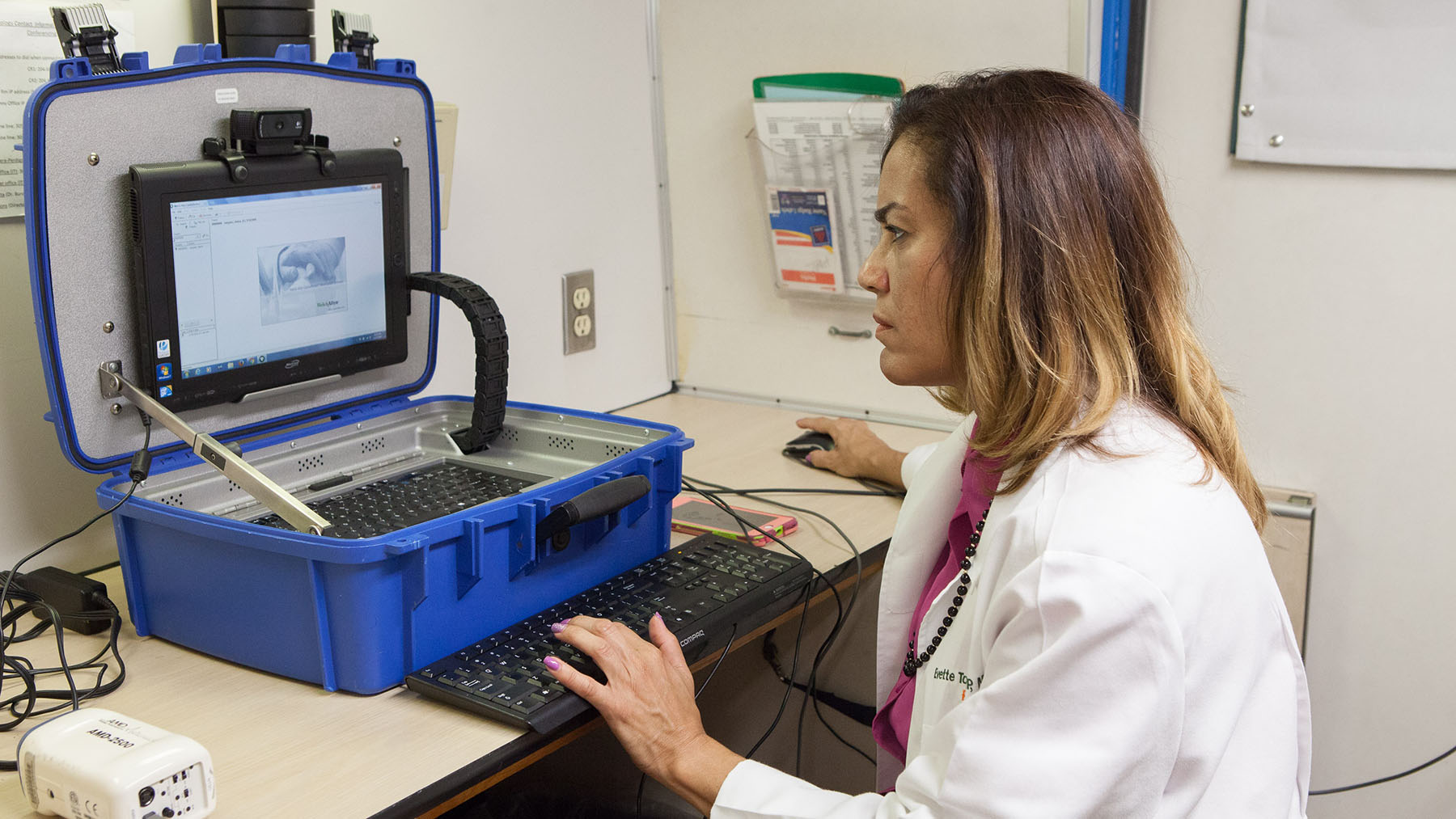