The Future of Disaster Response in California is Digital, Democratic and Diverse

The state faces big challenges that call for big solutions. At the Silicon Valley Disaster Response Forum last week, attendees strategized how to respond to the state's ever increasing set of disasters.

At the first ever Silicon Valley Disaster Response Forum, the Director of the California Office of Emergency Services, Mark Ghilarducci, stepped to the microphone to give an opening soliloquy regarding the disaster response landscape across the state. It’s not your imagination; things have gotten quite a bit worse recently.

Prior to 2014, according to FEMA, California saw an average of about six to seven federal disaster declarations every five years. From 2014 to the present, that rate more than doubled. From January 2014 until this month, California registered a total of 17 major disaster declarations. One of those was an earthquake in Napa County in 2014. Five were severe wildfire events. The other 11 were related to flooding primarily caused by severe winter storms, in many cases occurring on the heels of wildfire burns to produce deadly mudslides.

Beyond the sheer number of events recorded, the number of people affected, lives lost, and property damaged or destroyed has skyrocketed since 2013, principally due to the severity and scale of fire events. The vast majority of the largest and most destructive fires in California history have occurred since the turn of the century, according to the Legislative Analyst’s Office of the California State Legislature. That trend has accelerated since their report was issued.

To make matters even more concerning, as Mary Ellen Carroll, executive director of the City of San Francisco’s emergency management agency pointed out, California residents are still living in the time before the worst effects of climate change have started to be felt.

California’s complex geography and social landscape compounds the risk landscape. The state’s emergency managers focus on impacts faced not just by a few, but by every community in the state. That means everything from tiny rural towns in the hills of Alpine County to the urban core of the Los Angeles metroplex. An example of virtually every ecosystem on Earth is present somewhere in California, usually in fragile, disaster-prone conditions.

The state is home to more millionaires and billionaires than almost any other single sub-national area on Earth. Yet it hosts roughly 130,000 homeless people, or 33 out of every 10,000 individuals, almost 70% of whom sleep on the streets. Rural communities are aging quickly and struggling with chronic illnesses, while urban areas trend disproportionately young and struggle more with things like the cost of housing and economic precarity. Ecological and economic complexity are matched by cultural diversity. The richness of California’s heritage and history of migration means that dozens of languages and dialects are spoken by hundreds of different communities in every corner of the state.

“Don’t Meet for the First Time on the Battlefield”

How does one meet the linked challenges of California’s increasing exposure to natural disaster, cultural complexity and social vulnerability? One way is by finding new and creative means to draw upon the extraordinary, but in important senses, under-utilized, intellectual, financial, personal and technological communities housed in California’s institutions, from tech giants to universities to global nonprofits like Direct Relief.

This call to creative support for emergency management throughout the unruly state of California is the reason why the crowd was gathered last week on the second floor of a South-of-Market office hub to listen to speakers like Director Ghilarducci and Mary Ellen Carroll. They were assembled by the combined efforts of philanthropic and social investing teams at Facebook, Google and AirBnB, among other leading tech companies, to weigh in on what a new kind of disaster response might require and entail in the future. Their exhortation was to share ideas and experiences while strengthening networks, because as speaker after speaker emphasized, the worst time to meet is “on the battlefield” of escalating natural disasters.

Each of the three tech companies which convened the Silicon Valley Disaster Response Forum maintains an active “data for good” and emergency response program with different focus areas. Facebook’s emphasis is on leveraging the power of its enormous networked user base through efforts like Disaster Maps, Safety Check and Community Help to provide individuals and responders with better decision support tools. Google’s emphasis lies in emergency alerting, getting targeted useful information out to affected communities and organizations at the right times and places to improve their actions. AirBnB’s response efforts are premised on the power of their platform to connect individuals who have housing resources they are willing to share with disaster-affected individuals who need housing assistance in times of emergency.

The Right Information to the Right People at the Right Time

One of the core principles of emergency response under conditions of the kind of complexity and diversity faced by California is that not everyone has the same needs or experiences during a disaster. Indeed, often what makes an event into a “disaster” is precisely this variance in capability and need, with some social vulnerabilities like age, poverty and disability producing a much more adverse set of circumstances.

During a discussion of the increasing importance of disaster alerting technologies, the question arose as to what responsibility might be owed to individuals with specific medical needs or social vulnerabilities to provide information directly relevant to their circumstances as opposed to the standard practice of providing disaster alerts focused solely on the physical event itself and the locations of evacuations and shelters. What kind of alert might be more appropriate for an 80-year-old as opposed to a 20-year-old, or a wheelchair user as opposed to someone not living with a disability? What kinds of relief resources might be more useful to alert a person with Type 1 diabetes as opposed to someone with normal levels of blood sugar?

Whereas many of the government representatives expressed significant hesitation about this kind of vulnerability-targeted alerting, some going so far as to say that this was largely the domain of individual, rather than public, responsibility. But Google’s Ruha Devanesan emphasized that this kind of informational need cannot simply be placed on individuals to figure out, given substantial variances in individual capacity to manage information. While individual privacy is always an important concern, it might be possible in the future for people with special medical needs or social vulnerabilities to opt into a customized set of alerting information tailored to help them most effectively.

Sean McGlynn, Santa Rosa’s city manager, made an impassioned plea for improved spatial data resources, as their experience of two major fires in four years has laid bare the gaps in what the city needs to know in order to prepare its citizens for disaster and coordinate resources effectively during response and recovery. Facebook’s Disaster Maps program is targeted specifically at this need by making available novel real-time mapping resources of population and connectivity dynamics during crisis. This is likely to be successful with public sector institutions if nonprofits like Direct Relief can help to mediate data access and privacy issues, while building mapping capabilities and the ability to interpret large and high-speed volumes of emergency-relevant data in tandem with agencies that may have very different capabilities.

Just as individuals have significant and variable challenges with information management, so do political administrations and organizations. These challenges open opportunities for partnerships to build new kinds of responsive, democratic digital capacity. In the next phase of disaster response, where crisis accelerates and scales across dynamic and diverse landscapes like the state of California, success or failure is likely to turn on the degree to which we can collaborate to build precisely tuned responses to the range of situations faced by citizens, communities and governments.

The Looming Power Crisis: What California Can Learn from Global Disaster Response

Maybe the most challenging question facing the group was what to do when the power goes out. All agree that access to unprecedented levels of information and insight into what people need and how they’re reacting to crisis events is a good thing. But if you can’t charge your phone, let alone your insulin pump, or you can’t get online, then systems may not be as resilient as they appear. Representatives from PG&E, the state’s largest provider of power, have stated publicly that they expect anticipatory power shut-offs to occur for at least the next decade.

The urgency of these questions clearly derived from the experience of the Kincade Fire in Sonoma County, and the public safety power shut-offs which accompanied and amplified the consequences of that event throughout Northern California. As one audience member wryly put it, his biggest recent lesson learned for emergency management was “don’t have a major wildfire and a major blackout in the same place at the same time.” Nevertheless, several participants described the experience of the Kincade Fire as a kind of informational black hole, in which needs and chaos increased suddenly and dramatically, but the ability to communicate and coordinate declined precipitously.

There are global lessons from which California can draw, however.

The United Nations, for instance, maintains an entire section of the global cluster system devoted to emergency telecommunications, with groups like Ericsson Response and Nethope (of which Direct Relief is a member) leading at times months-long efforts to maintain tenuous communications and power systems for response agencies in disaster zones. It’s often shocking to Americans to learn that the time may be at hand when the scenes faced in parts of the Caribbean, South Asia and Sub-Saharan Africa may confront them as well. But it’s just as possible to face that possibility with a renewed sense of purpose, in the knowledge that many, many other people have dealt with the kinds of situations experienced in Sonoma County, and have developed effective means of response and adaptation.

When Santa Rosa officials spoke up about their own stories of neighbors pitching in to collaborate with one another, citizens’ organizations stepping up to help government and vice versa through the chaos of the fires and power cuts, others in the room were quick to point out that, throughout the world, compelling examples of this kind of community-based resilience can be found. In the Philippines, for instance, one of the most disaster-affected countries on the planet, each of the 43,000 barangays, or neighborhoods, has elected officials and individuals responsible for hyper-localized disaster coordination. These people maintain strong networks, even in the face of severe infrastructure damage, with citizens doing their best to lead from below. California can, and should, learn from the Philippines how they have built and maintained this kind of community-based response system.

The most hopeful vision of the turbulent future, which seems to be arriving all too soon, may well turn out to be a hybrid.

Hope lies in uniting these diverse social and technological visions, with local communities building new offline means of collaboration and coordination even as companies like Facebook, Google and AirBnB, along with partners in the nonprofit and government sectors, find new online means to make targeted, timely and useful information available to all those in crisis who need it. 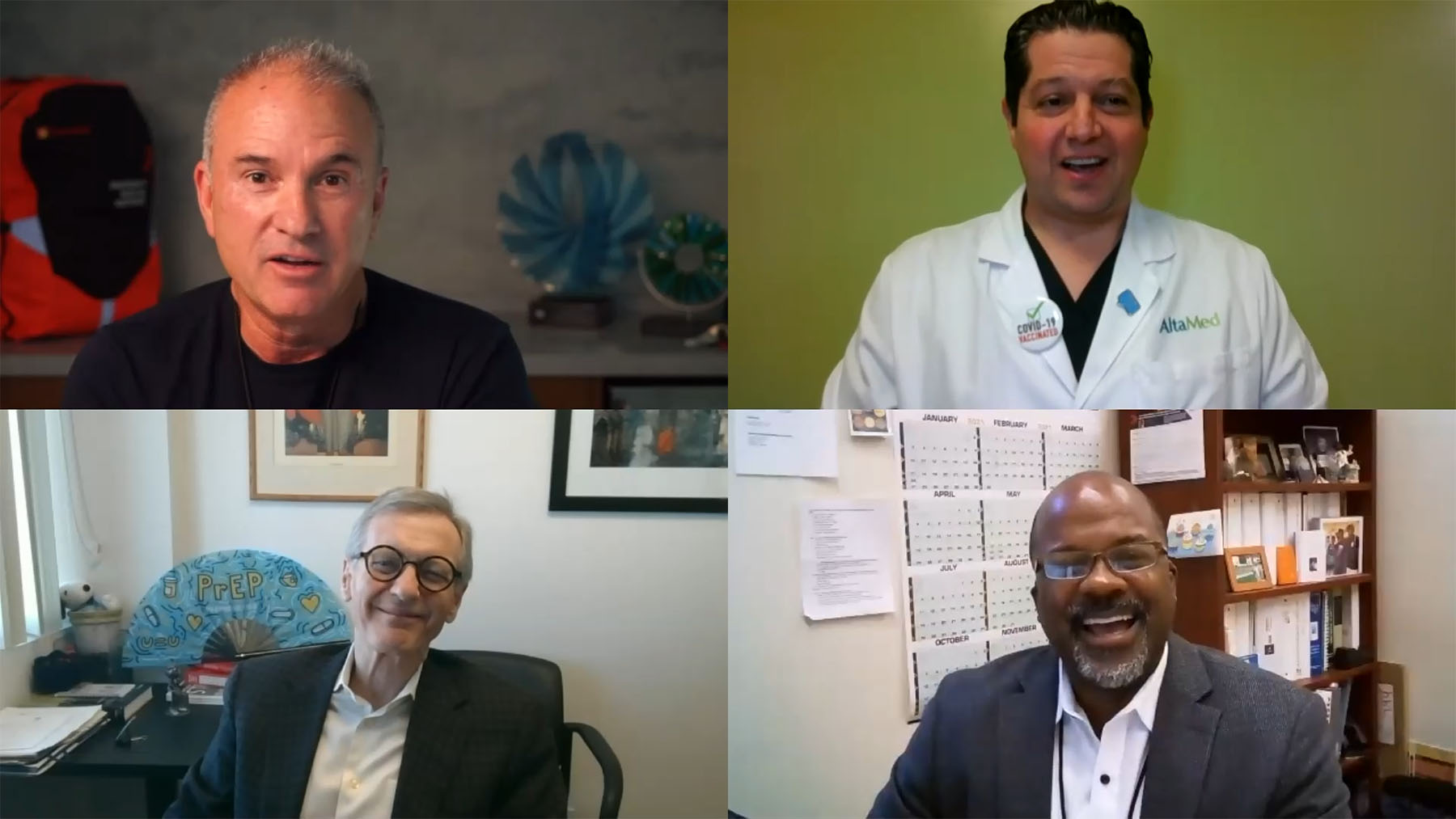 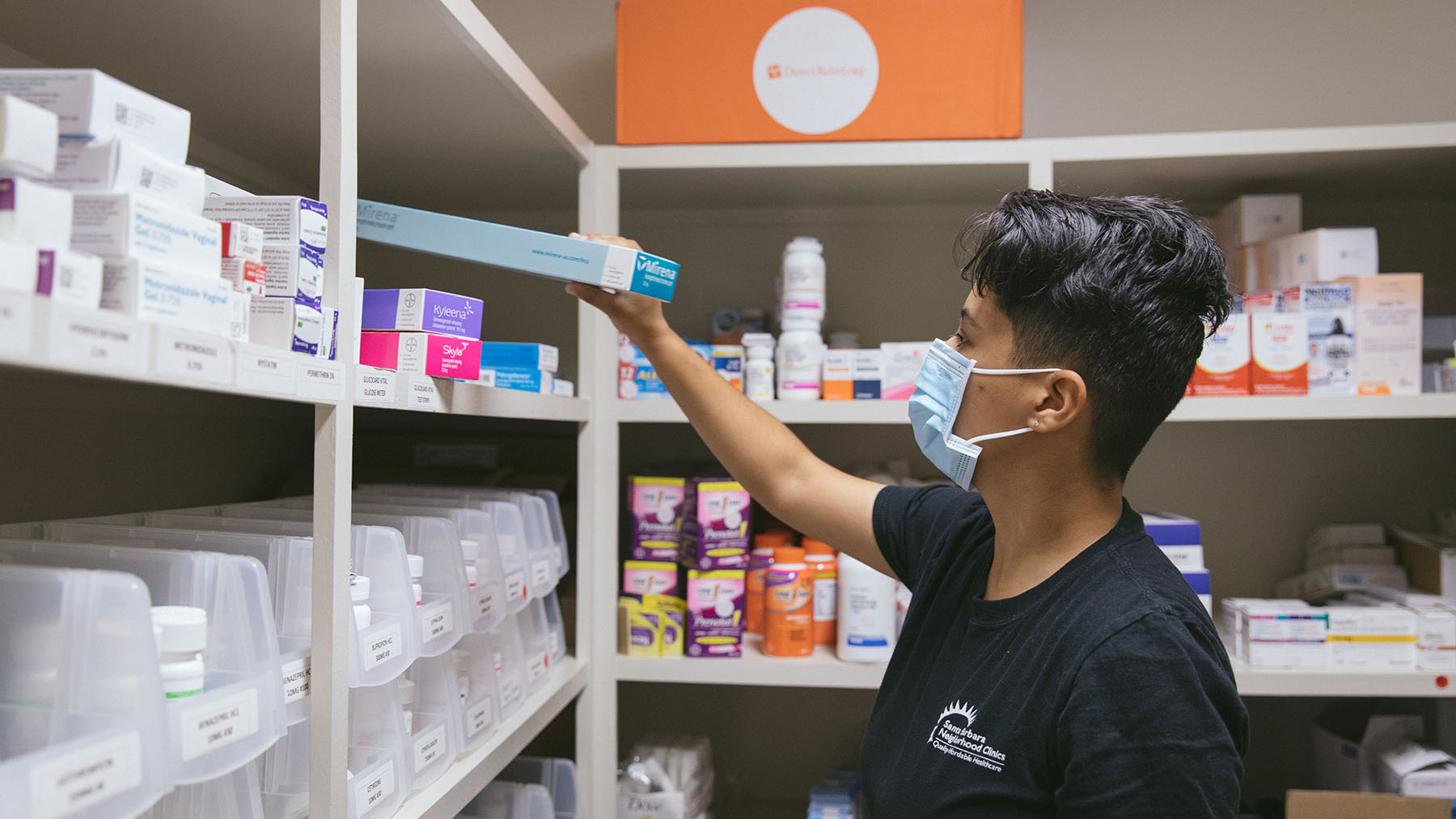