As fast-rising inflation has roiled the country – combined with severe drought in some places – even basic food has become unaffordable for many Zimbabweans. And doctors at public hospitals say they’re simply not making enough money to live on.

A couple of weeks ago, Dr. Greg Powell stopped by one of the children’s wards at Zimbabwe’s Harare General Hospital, only to find it nearly empty.

The ward was built to house and treat around 65 children. There were only four or five there. “The children’s hospital is still functioning, but only for seriously ill children,” said Dr. Powell, a retired pediatrician and chairman of the Harare Children’s Hospital Trust.

As fast-rising inflation has roiled the country – combined with severe drought in some places – even basic food has become unaffordable for many Zimbabweans. And doctors at public hospitals say they’re simply not making enough money to live on.

Hundreds of Zimbabwe’s doctors have refused to work since September. “They can’t even afford the bus fare to go to work,” Dr. Powell said.

But that’s far from the only issue. The country’s doctors claim that they’re being asked to work without even basic equipment and medicines, and in unsafe conditions.

“The hospitals continue to be poorly stocked and remain a death trap, even with the presence of the hard-working, highly specialized workforce that Zimbabwe has,” reads a statement issued by the Zimbabwe Senior Hospital Doctors’ Association issued in late November.

The government said that it has doubled doctors’ salaries, and takes the position that those on strike are neglecting their duties. Disciplinary hearings have been ordered against some doctors, and hundreds have been fired.

The situation has resulted in the devastation of the country’s heath care system. “Nine out of ten patients are turned away without treatment” at Harare General, Dr. Powell said.

Primarily, the doctors on strike are general practitioners, which means that specialists – consultants, as they’re called in Zimbabwe – have stepped up at various hospitals to fill the gaps in care.

It isn’t without consequences. “The mortality has increased,” said a doctor at a Zimbabwe hospital who spoke under the condition of anonymity.

Because there aren’t enough doctors to staff the hospital at all times, patients who come in in the wee hours – or who take a turn for the worse during that time – are more likely to die.

“There is no one who is going to look after them until you come back,” the anonymous physician said.

Harare General is still able to treat the patients most urgently in need: children suffering from appendicitis, malaria, or Kwashiorkor (a severe protein deficiency), women who need emergency C-sections.

Others have to seek help wherever they can.

A System in Crisis

It wasn’t always like this. “Tragically, Zimbabwe had probably the best health care system in southern Africa…along with the best education system,” Dr. Powell said.

The economic crisis has contributed to the shortage of practicing physicians, he explained: “Doctors are so well educated, they have no trouble finding international jobs.”

Not all doctors are on board, although many sympathize with those on strike. “I think they do support the concerns of the junior doctors, but I think they feel more of a commitment to the patients,” Dr. Powell said.

“I don’t feel good about it. It’s not nice seeing patients struggling, as a doctor,” said the anonymous doctor, speaking about the strikes. “At the same time, I can only do so much.”

And that, unfortunately, means turning away patients.

At Harare General, some wait days hoping to be treated. “Patients basically sort of hang around if you’re seriously ill or if you’re from out of the city,” Dr. Powell explained. “They have no money, they have no food, so they have to go begging for food while they’re waiting to be seen.”

And the anonymous doctor has seen their hospital’s halls and wards go quiet. “At the beginning, there were lots of patients,” they said. Now “the number of patients being admitted has gone down.”

Zimbabwe’s economic crisis threatens health in other ways. As even the most basic food – forget about a nutritionally balanced diet – has become unavailable, malnutrition will affect more and more people, particularly vulnerable children.

“Dietitians and pediatricians…explained to me that the death of children from malnutrition had been on the rise in the last few months. I have myself witnessed the ravaging effects of malnutrition on infants deprived of breast milk and micronutrient supplementation because of their own mothers’ lack of access to adequate food,” wrote Hilal Elver, a United Nations special rapporteur on the right to food, in a November 28 report.

For the doctors who remain, aid groups are filling some of the gaps. “I received disturbing information that public hospitals have been reaching out to humanitarian organizations after their own food stocks were exhausted and medical equipment no longer operational,” Elver wrote.

Direct Relief supports Harare General Hospital along with two other partners in Zimbabwe, and provides a range of medication and supplies, including antifungal medications, prenatal vitamins, and syringes, to the country.

Amid the crisis, “Direct Relief has been a huge help in sending drugs and supplies,” Dr. Powell said.

But some hospital wards remain all but empty.

“They know there are no doctors, so they don’t come,” said the anonymous physician. 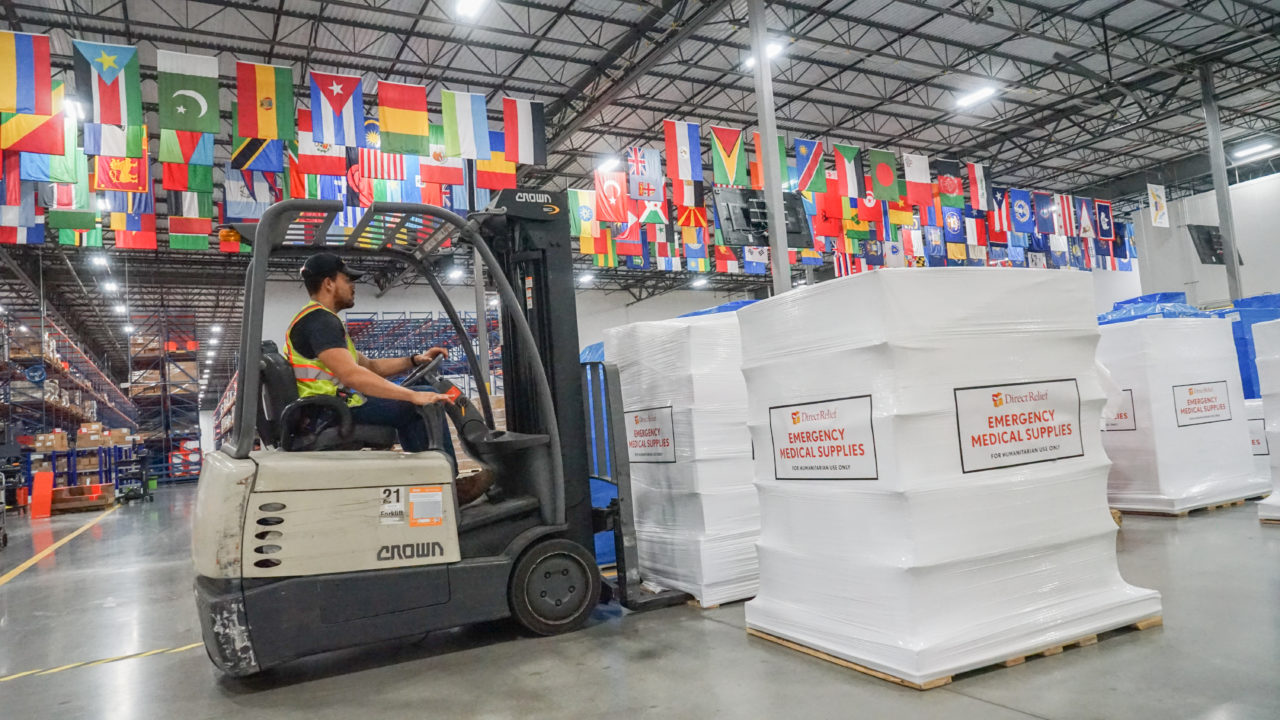