Arian’s Story: A Reason to Advocate on Rare Disease Day

When their son Arian was three years old, Sib and Debjani Chowdhury noticed he had difficulty carrying his school bag. Shortly after, his teachers reported that he couldn’t lift his hand during a school exercise.

He continued to lose motor abilities and some of his facial features began to develop atypically, prompting his parents to consult a physician. After seeing about half a dozen doctors and specialists, Arian and his family received a confirmed diagnosis of MPS II, also known as Hunter syndrome.

At the time of his diagnosis in early 2006, there were no treatment options available in the world for MPS II.

“It was beyond our comprehension that there was no medicine that could help our only child,” wrote Arian’s father Sib in a letter. “Our world collapsed around us and we felt as if we had lost everything that mattered to us.”

What is MPS II/Hunter syndrome?

One of the mucopolysaccharide diseases, people with MPS II are missing an enzyme that helps break down specific types of sugar molecules in the body. The incomplete breakdown causes progressive damage to many parts of the body.

The damage over time leads to joint stiffness, coarse features of the face, and affects mental function, among other symptoms. There is no cure for MPS diseases, but there are ways of managing and treating the problems they cause.

Shortly after Arian’s diagnosis, Elaprase – a drug manufactured by specialty bio-pharmaceutical company, Shire – was approved as a treatment for MPS II in some countries. Elaprase is designed to replace the enzyme that is missing or defective in patients with Hunter syndrome.

Among other measures, it has been shown to improve walking capacity in patients five years and older. To receive Elaprase, you go to a treatment center every week to receive it intravenously.

However, the treatment was not available in India. Furthermore, the high cost of the medicine limited their family’s ability to afford the treatment. In fact, Forbes included Elaprase on their 2010 “World’s Most Expensive Drugs” list at around $375,000 per year.

“We felt so helpless watching Arian’s condition deteriorate compounded by the fact that there is treatment available that we couldn’t afford,” wrote Sib.

Their family began to speak up, spreading the word about Arian’s condition to Indian policy makers and starting a #SaveArian campaign to help raise money that garnered support from many on Twitter.

About two years ago, Shire and Direct Relief partnered to launch the Shire Global Charitable Access Program to improve access to Enzyme Replacement Therapy (ERT) for those living with Lysosomal Storage Diseases (LSDs) – like MPS II – in countries where Shire’s products are not commercially available.

Through the program, Shire and Direct Relief are providing allocated Enzyme Replacement Therapy free-of-charge to patients that qualify. Physicians apply on behalf of their patients and their applications are then reviewed by an independent Medical Expert Committee.

Arian was accepted to the program last summer.

His father wrote that after receiving the news that Arian had been approved, “it took us several minutes of silence to really comprehend what we had heard and then we cried tears of joy.”

Having just turned 13 years old, Arian has much to celebrate this week as people like him will be recognized worldwide on February 28, Rare Disease Day.

The goal of Rare Disease Day is to raise awareness among the general public and decision makers and advocate for advancement in national plans and policies for rare diseases. Access to treatment for those with rare or special conditions can be a big challenge, even in developed parts of the world.

In 2010, an advocacy organization formed in New Delhi called the Lysosomal Storage Disorders Support Society (LSDSS). The Chowdhury’s became members and have since been advocating for Arian and other children across India suffering from LSDs. On Rare Disease Day, they will continue to speak out on behalf of other families who share their struggle.

“Our struggle isn’t just a struggle for one family. It is that of many. The hope we now have for our son should be the hope of these families for their children, too,” wrote Sid. 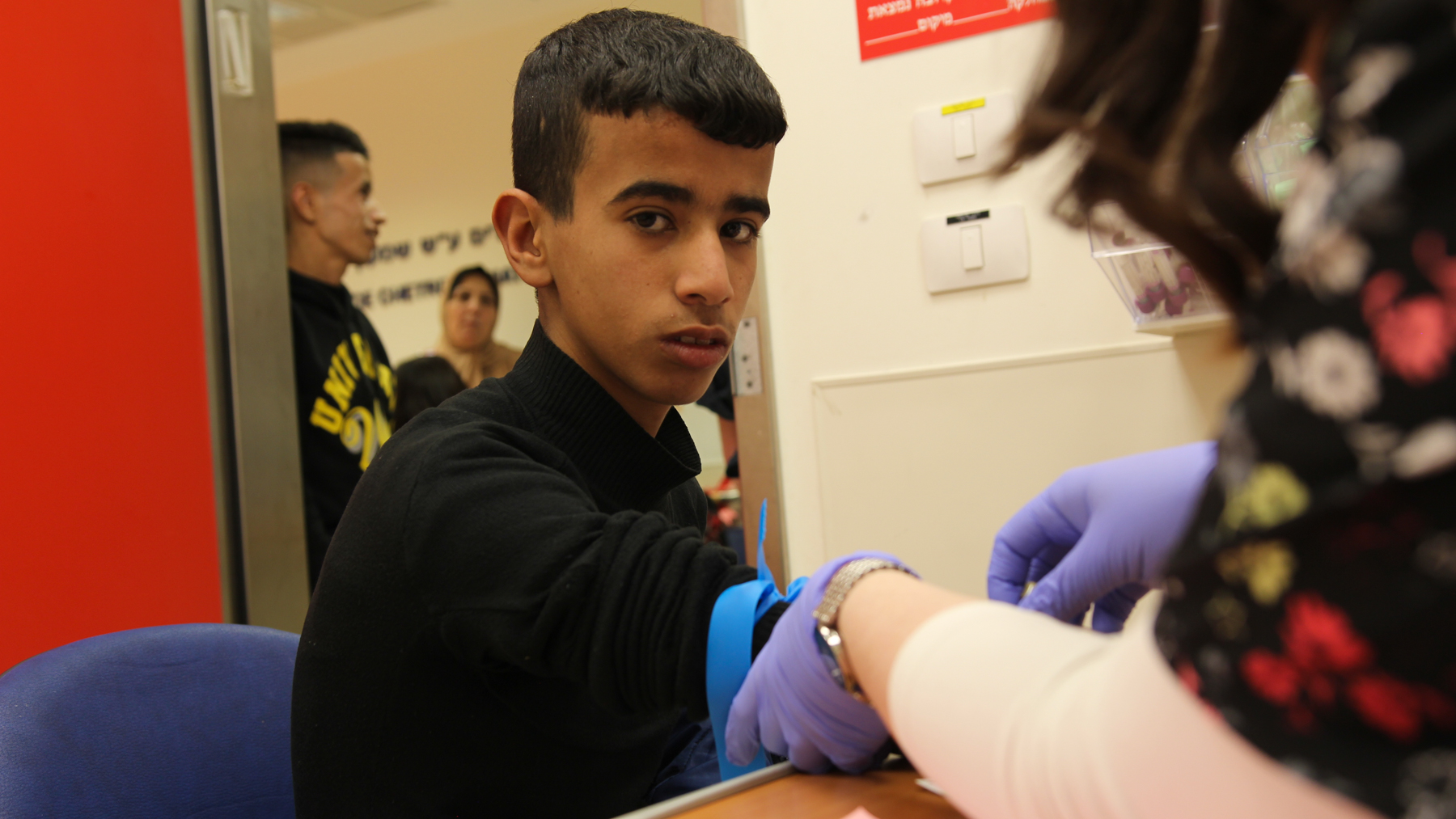