Nearly 17 tons of medical supplies and medicines were loaded onto a FedEx 757 plane in Memphis Wednesday morning and will go to victims of Hurricane Matthew in Haiti.

Included on the chartered 757 flight — which was donated generously by FedEx — were medical supplies to fight cholera, infections, wounds, hypertension and other diseases that are now threatening thousands in the wake of Hurricane Matthew.

The 757 took off at 7:30 a.m. from Memphis, and one of the items aboard was a hurricane preparedness pack, filled with enough medicines and supplies for a large hospital to treat 3,000 people for three months.

Three hours later, the 757 landed in Port-au-Prince, where Direct Relief staff stood waiting to start transport. The team was able to clear customs, load trucks and begin distribution and deliveries within a few hours.

The items that had yet to be distributed were secured in a warehouse by sunset, and deliveries were ferried by helicopter to affected areas on Thursday.

The view from the air will allow staff to see road and bridge conditions as they plan to transport aid in the coming days.

Much of the aid transported Wednesday and Thursday will help deal with the many cases of cholera that have sprung up in the hurricane’s wake. Some cholera-related deaths have already occurred in the storm’s aftermath, and these shipments are filled with disease-fighting supplies.

Direct Relief will continue to work with local providers to ensure they have what they need to keep more patients from losing their lives to this deadly disease. 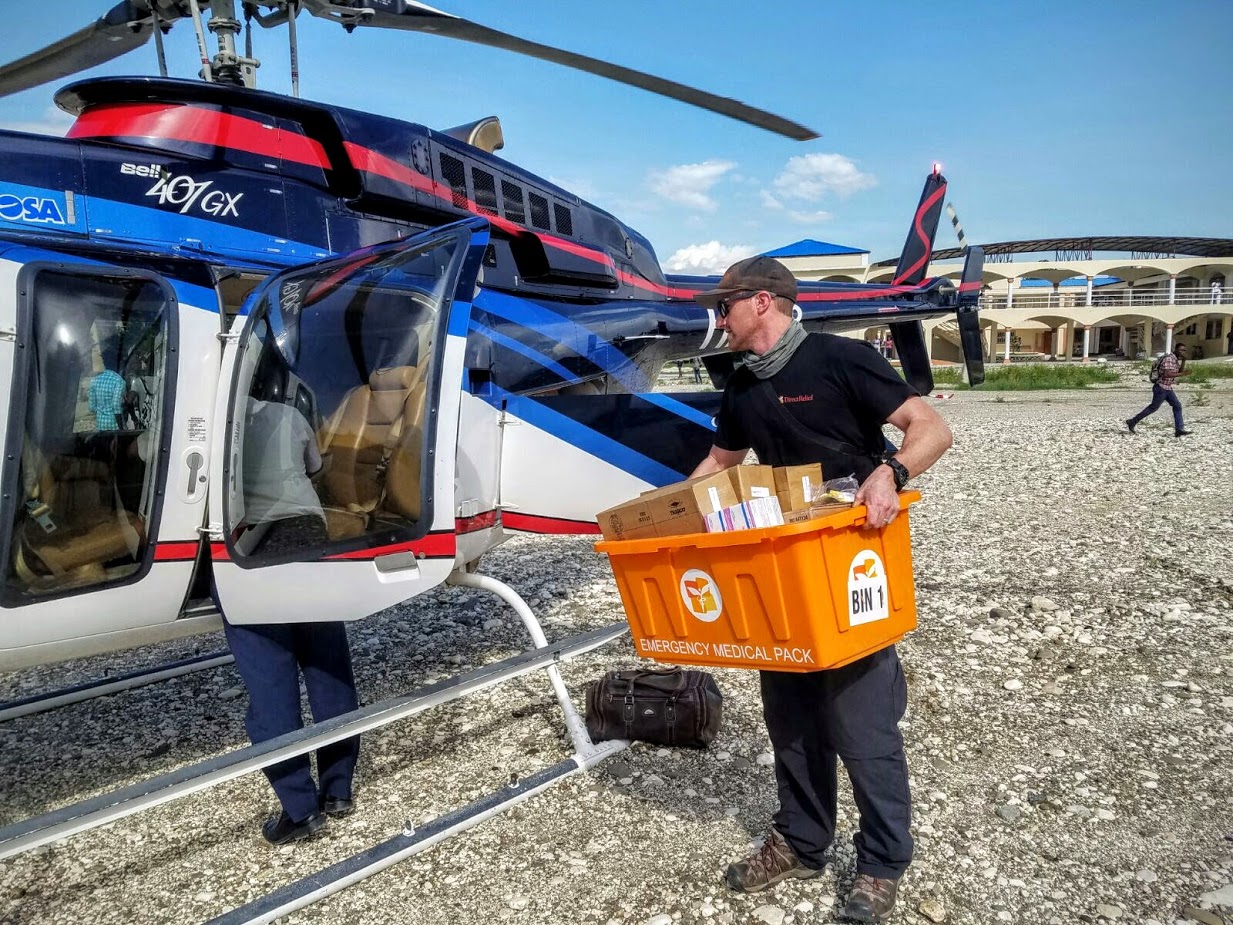