Direct Relief this week began disbursing funds from the 1/9 Victims Fund, which the organization established to direct financial assistance to persons who lost family members, sustained injuries requiring hospitalization, or were residents of affected areas and experienced property or financial losses as a result of the January 9, 2018 debris flow in Montecito.

Direct Relief established the 1/9 Victims Fund with an initial $500,000 in response to community requests to create a mechanism through which financial assistance could be provided directly to affected persons. Thanks to an outpouring of public and private support, including a gift of $100,000 from the organizers of the Kick Ash Bash for the specific purpose of the 1/9 Victims Fund, the total available funds to be distributed reached $1 million – every penny of which is being disbursed to individuals impacted by the debris flow.

Payments are being made to more than 145 claimants in three classes, with claims in each class receiving the same payment allocation. The classes are the next of kin to persons who lost their lives, persons who sustained injuries that required hospitalization, and persons who resided in the affected areas and experienced property or economic loss.

“On behalf of the families we serve, we are so grateful for the partnership with Direct Relief,” said Jennifer Harris, Co-founder of SB Support Network. “Each family’s story is unique and heartbreaking, and we are serving each family based on their individual needs. For some of these families, we have been their only hope. We continue to be humbled by the graciousness of our community as we remain committed to those most impacted by the 1/9 disaster.”

The $1 million in payments from 1/9 Victims Fund follow Direct Relief’s activities during the Thomas Fire and subsequent debris flow on January 9 to assist residents in both Santa Barbara and Ventura counties, bolster public agencies’ emergency-response capabilities, and support efforts by community-based organizations.

Direct Relief’s extensive programmatic activities have included the mass distribution of over 400,000 N-95 masks in partnership with the SB County Public Health Department and providing TDAP vaccine to the Santa Barbara Neighborhood Clinics to conduct community vaccinations at no charge.

Direct Relief also purchased and delivered for immediate use specialized vehicles and equipment needed by local emergency-response agencies during the emergency and for the heightened risks and changed conditions that exist in the aftermath of the fire and debris flow. These purchases, combined with other material aid provided by Direct Relief to local organizations in Santa Barbara and Ventura counties in response to the Thomas Fire and debris flow, total more than $825,000.

Direct Relief also has provided financial support to colleague nonprofit organizations that launched or expanded crucial services in response to the emergency.

This support has included – 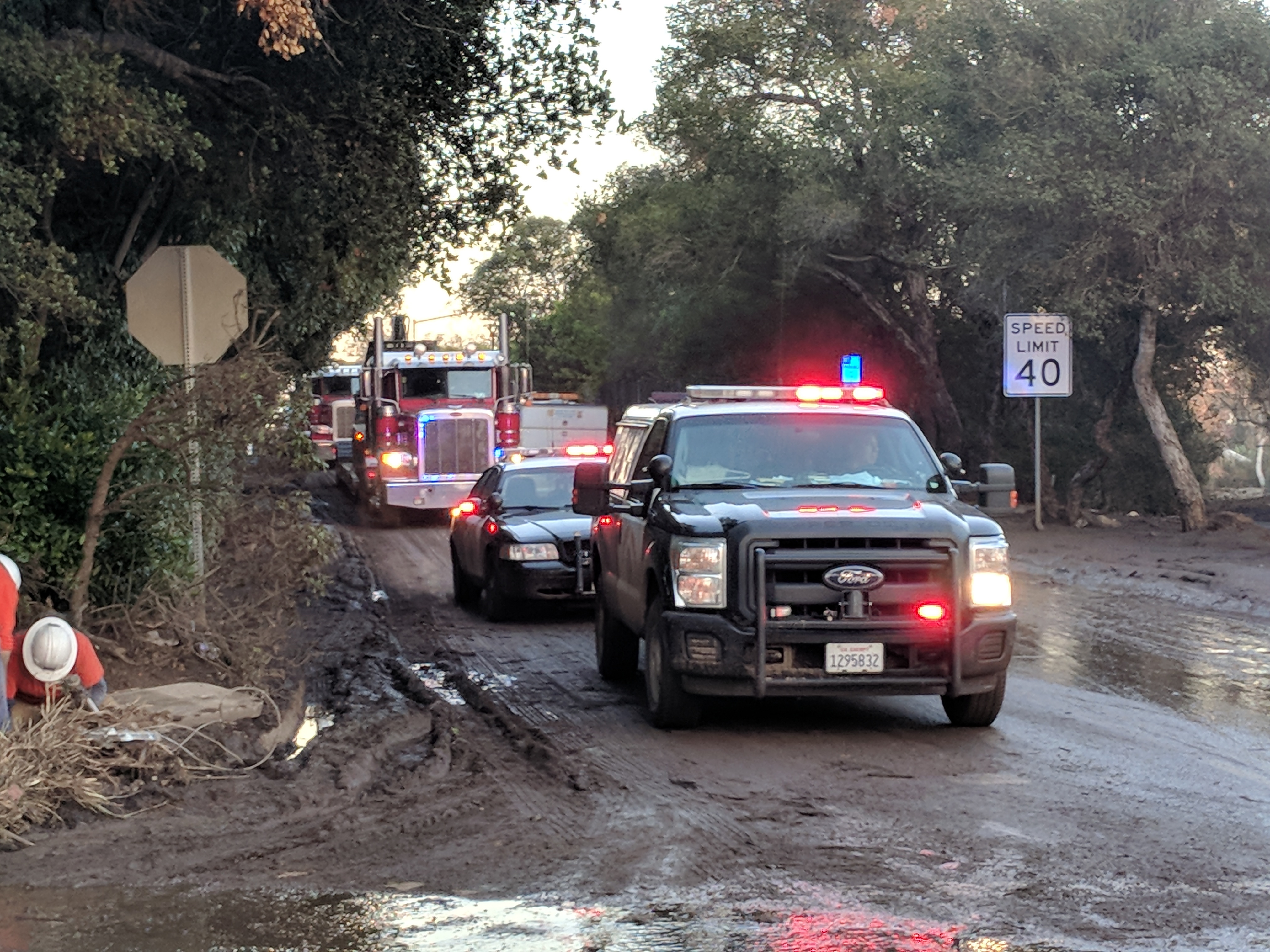