Giving Girls Their Days Back

Many girls around the world lack access to menstrual products, which can limit educational access and further advancement. Days for Girls is working to change that.

Alice Wambui Mwangi, 32, grew up in a small Kenyan village and remembers exactly what happened when she got her period for the first time.

She got slapped in the face by her teacher during a class.

Mwangi said she did not know what was happening to her body that day, and when her teacher asked her to come up to the front of the room to answer a question, she balked, out of embarrassment from the bleeding. He thought she was acting arrogantly.

“I hated, literally, being a girl, and I wanted to be a boy so badly,” Mwangi told Direct Relief about her feelings that day. She said she tried to stem the bleeding with plants, which led to infections, and pages from her schoolbooks, which led to more scolding from her teachers. Desperate to avoid being further shamed, she walked around a specific tree eight times, which a local legend said would turn her into a boy.

Mwangi’s first period came just three days before the Kenya’s pivotal national exam, which has a huge impact on student’s future educational prospects by determining which high school they will attend.

“Emotionally, I was traumatized, I could not even concentrate on the things I really know. Because all the time I was thinking, ‘Down there, I’m dirty. Everybody is going to laugh at me’,” Mwangi remembered thinking during the exam.

Throughout the world, including within the United States, many girls and women struggle to obtain menstrual pads. A 2016 study of women with low incomes in St. Louis found that about two-thirds of those surveyed went without a feminine hygiene product at least once in the previous year because it was too expensive.

In other parts of the world, such as rural Kenya and Rwanda, the cost of a month’s supply of pads can equal a day’s pay, or even more, with a going rate of about $1 per package. Mwangi was one of 14 children in her family, so the thought of buying pads was out of the question, considering the family’s food needs and the fact that her father died when she was 13 years old.

The issue is also pressing from an economic loss perspective. A 2018 UNFPA report referenced various studies, including one that showed a “work loss of $1,692 annually per woman” in the U.S. because of menstruation. In Bangladesh, 73% of women miss work six days per month, but this figure is reduced to 3% if women were given pads, according to a UNFPA-cited report. In the Philippines, $13 million is lost and in Vietnam, $1.28 million is lost annually due to lack of access to feminine hygiene products, according to the World Bank.

American Celeste Mergens, CEO and founder of Days for Girls, witnessed these problems while working in Kenya in 2008. After an influx of children fleeing violence came to an orphanage she knew about, she began to wonder what the girls did during their periods. The answer, she learned, was that they waited in rooms on pieces of cardboard, for days.

Mergens would later learn that in parts of Nepal, girls and women are forced to sit in a hut or shed with animals, are restricted from using community water sources, and are oftentimes subject to very cold temperatures. Several deaths have been reported this year as a result of the practice, called chhaupadi, which is illegal but remains widely practiced in certain rural parts of the country.

In another tragedy, earlier this month, a 14-year-old girl in rural Kenya took her own life after being insulted by her teacher for being on her period.

Addressing cultural challenges around the issue would become central to Days for Girls’ approach, but Mergen first needed to get to work thinking about how to best design the products, and eventually settled on colorful, reusable kits. Just 11 years later, Days for Girls has managed to reach 1.5 million girls in 110 countries.

“I knew they needed something they could count on, month after month,” said Mergens.

The kits are handmade by some 60,000 volunteers around the world, as well as by enterprises throughout the developing world. Since 2015, the sewing group supporting Direct Relief has made about 3,500 menstrual cycle and postpartum kits, which have been used in 35 countries, including in the U.S. Direct Relief also transported an additional 1,745 kits to Lebanon in 2016 for Syrian refugees.

Mwangi, now a master’s student at Mount Kenya University in Nakuru, is one of the enterprise owners.

“It was a dream come true to learn about this organization,” Mwangi said. Her group has five women working to make kits and that she has been able to conduct educational seminars throughout Kenya as a result of her connection with Days for Girls.

“It helps girls from marginalized backgrounds to stay in school and away from cheap prostitution,” she said, noting that it is common for girls from low income families to do this so they can afford to buy pads. Mwangi’s group has reached 6,300 girls in just one year. It has also helped bring much needed income to her community, helping allow more children to stay in school, instead of going to work.

Distributing the kits, which are colorful to help hide stains and can last several years, have helped provide an opportunity to advance health education.

“This topic is not openly spoken about because of culture… menstruation is a taboo. But what is happening, slowly, is people are getting out of the status quo,” said Mwangi, who uses a powerful tactic to help open doors.

“I use my personal example and how that could have shattered my dream,” she said, adding that local leaders see, in her, an example of how successful girls can be if they are given opportunities to receive an education.

Days for Girls also runs courses for men, which Mergens said have been effective.

The kits and education have catalyzed major changes in Kenya, and beyond. Mwangi pointed to two schools, in Mwigito and Ngongogeri, where girls have outperformed boys after receiving kits as well as reports that girls are missing fewer days at 90% of the schools that have received the kits.

“It’s giving them back dignity and hope and opportunity and letting them know they don’t have to be stopped by their basic biological functions,” Mergens said.

“There are so many things that are hard to change in our world, but this isn’t one of them. It just turns out that something this simple can change a woman’s life, and the way she sees her herself in relation to her community.” 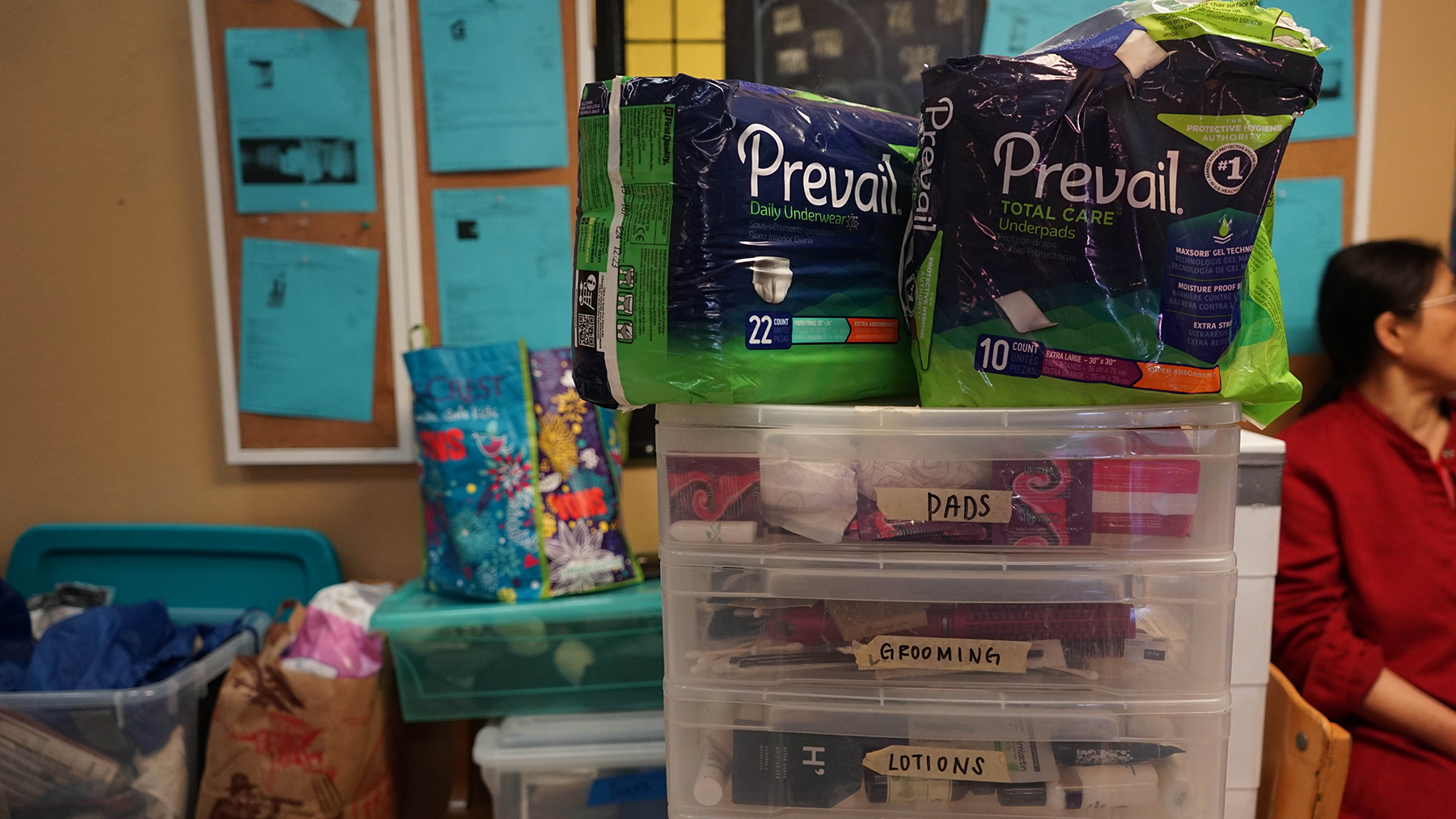 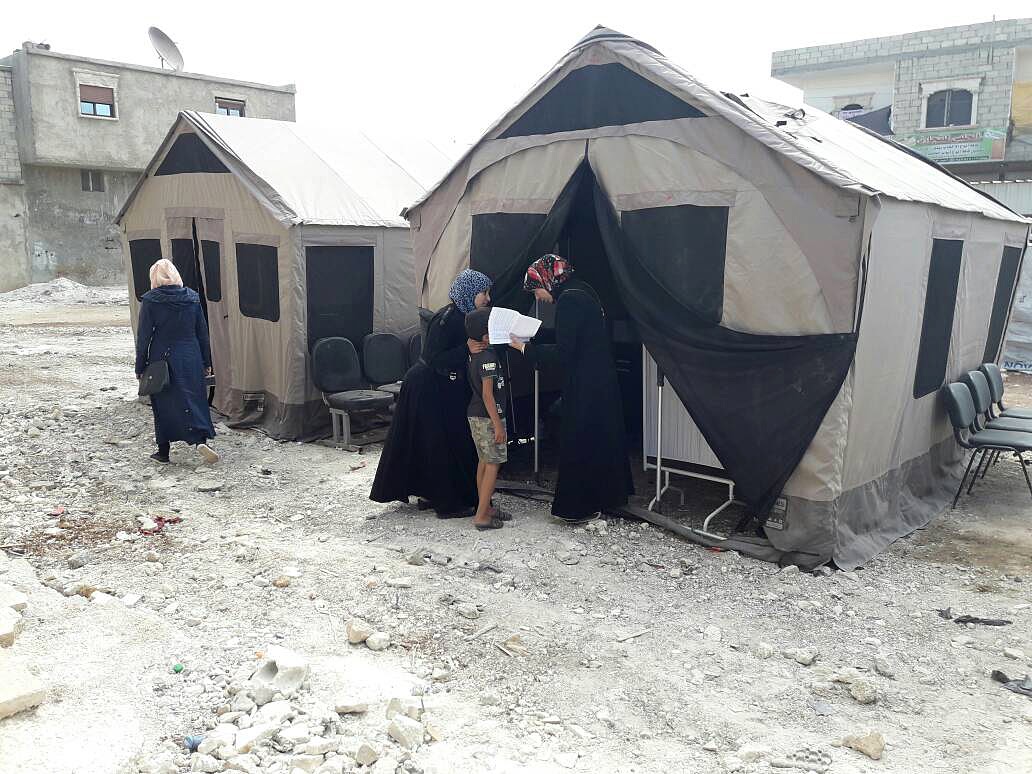 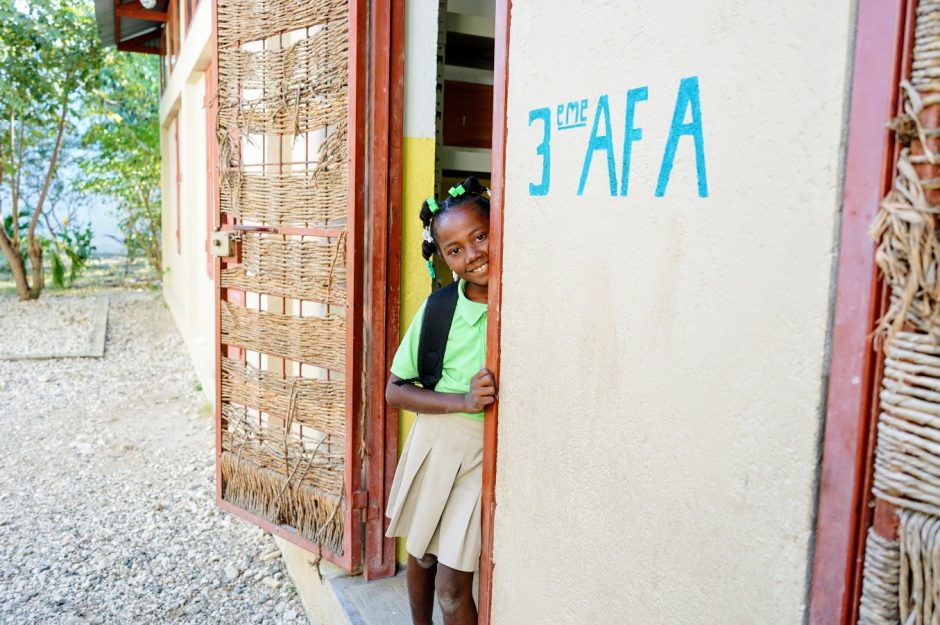