Direct Relief responds as wildfires increase the risk of respiratory distress, chronic disease, and other ailments.

Christian Espinoza, a manager at the MEND Clinic in Pacoima, said the flames of the Sandalwood Fire – which has burned nearly 5,000 acres so far as it blazes a path into the San Fernando Valley – were visible from the clinic windows.

“When I got here at 7:50 am, I already had a line of patients waiting out the door” for N95 masks, inhalers, and prescription medications, he said. Some patients needed immediate treatment for acute respiratory distress.

From the Bay Area to San Fernando Valley, California residents have awoken this week to ashen skies, school closings, and, in some cases, evacuations as wildfires erupt across the state.

The current blazes sprung up in the same week that the state’s two main power companies, Pacific Gas and Electric and Southern California Edison, turned off electricity to counties across California in an effort to prevent wildfires.

The outages, which began on Wednesday, have proven disruptive to health centers and clinics, forcing many of them to shut down locations, redirect patients, and struggle to house temperature-sensitive vaccines.

But active blazes bring their own health risks, from respiratory and cardiovascular symptoms caused by inhaling fine particles to post-traumatic stress, which can affect people for months or years after a fire is contained. Patients with chronic health problems often evacuate without necessary medication.

When healthcare organizations close, the problems are compounded, especially for people too poor or unwell to leave the area. MEND clinic, for example, treats patients unable to afford health insurance or prescription medication – many of whom have cardiovascular disease, diabetes, and thyroid conditions.

“The first thing I started thinking about [when the fire started] was our homeless population. Most of them live in Sylmar, where the fire started,” Espinoza said. If those people are displaced, or the fire forces the clinic to close, they’ll have trouble receiving medical care. For many patients, “we are the last line of defense.”

Direct Relief has kept a watchful eye on the state’s intensifying fires and scaled up its response accordingly. The organization supplies public agencies and community organizations, from fire departments to free clinics, with a vast array of medications, supplies, and equipment, including mobile units, generators, and emergency vehicles.

In response to the fires, Direct Relief has offered assistance to healthcare organizations and a number of public agencies, including California’s Office of Emergency Services and the Counties of San Bernardino, Riverside, and Ventura.

The organization is currently identifying effective distribution points for N95 masks and will provide social media updates as sites are chosen. These face masks effectively block up to 95% of small particles from being breathed into the lungs.

To track and respond effectively to future blazes, the organization maintains a California wildfire map that updates automatically based on satellite data, along with a social vulnerability map, which highlights fire-prone California communities with high numbers of disabled, older, and economically disadvantaged residents.

In the past, the organization has provided a number of emergency vehicles to California first responders for use in firefighting, search and rescue, and other emergency response work. After the town of Paradise was devastated by the Camp Fire in 2018, Direct Relief gave Butte County $500,000 to aid in future response efforts.

A vast inventory of medications and supplies needed during and after a fire – including N95 masks, air purifiers, burn treatments, protective equipment, wound care supplies, and prescription medicines – are housed in Direct Relief’s warehouse. When a fire breaks out, the inventory is immediately offered to healthcare organizations and government agencies responding to the emergency or treating those affected by it.

Long after the flames subside, communities are affected by wildfires. The Camp Fire, for example, left thousands without homes, damaged the local economy, and caused a public health emergency as toxins were released into the air and hazardous debris left behind. 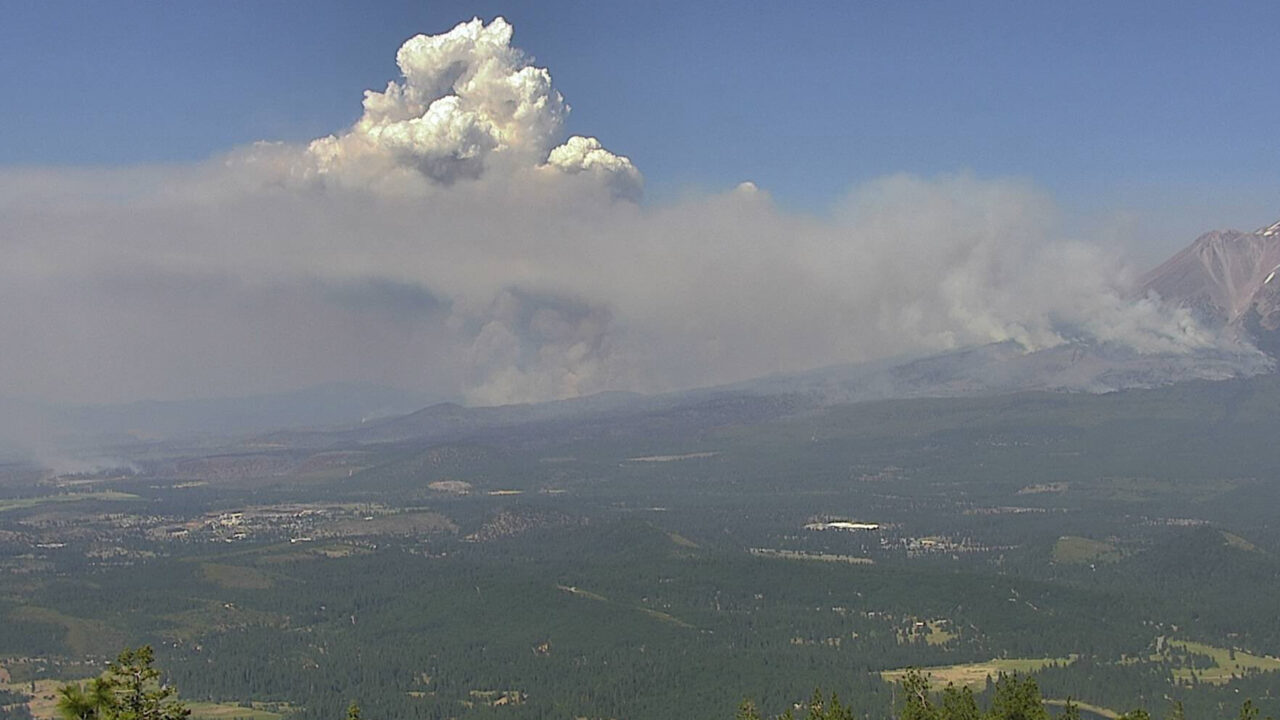