What California Can Learn from Puerto Rico’s Post-Maria Blackout

Over 1 million people in California are without power, mostly due to a power shutoff, as the Kincade Fire rages on in Sonoma County, covering more than 66,000 acres, according to the latest figures available from the California Department of Forestry and Fire Protection.

The strategy from California-based Pacific Gas and Electric Company (PG&E), which declared bankruptcy earlier this year, to de-energize swaths of the state during high risk weather conditions for fires, will likely last for a decade, according to comments from the utility company’s CEO, Bill Johnson, to California regulators earlier this month. An enforced outage earlier this month left about 2 million people across the state without power.

This situation is familiar to residents of Puerto Rico, who experienced a total loss of power across the island during and after Hurricane Maria in 2017. The outage persisted for months in more remote locales of the U.S. territory. Lessons learned from the response on the island could hold clues for how California communities can become more resilient in face of power loss.

“We had to build things better, we had to be more resilient,” said Alex Rodriguez, a project manager for Por Los Nuestros, which has played a key role in bringing solar-based energy platforms to remote Puerto Rican communities.

Rodriguez said that, while the Puerto Rican power grid was repaired, distribution issues to isolated towns, such as those on mountaintops, remained from before Maria hit. Unable to build an effective method of reaching them with the traditional grid, Por Los Nuestros began to investigate new ways to ensure resiliency and access.

By using solar panels and battery storage systems — so that the power generated during the day can be used at night or during cloudy period — they were able to establish what Rodriguez called a “solar oasis” in these towns.

“We told them, ‘You don’t have to rely on the government, you’re in good hands on your own’,” Rodriguez recalled saying to community residents.

In Puerto Rico, the new technology turned out to be life-saving, even before another storm hit. Many rural towns suffered without fresh drinking water after Maria, since electricity is required to pump the water into their homes. As a result, people were using local rivers and creeks as a replacement to wash their clothes.

This led to an outbreak of leptospirosis, which was brought under control after people were able to resume using running water and impromptu community-based laundromats powered by the sun.

Community health clinics on the island also benefited greatly from having their own power sources, since a lack of power can make it impossible for them to care for patients, due to the necessity of electricity to keep certain medications cold, and machines, such as those for dialysis, running.

And in this regard, California is vulnerable.

According to a Direct Relief survey, only 44% of California’s community health clinics have a back-up energy source. Even before the enforced outages, the most populous U.S. state experienced more than twice as many blackouts (438) than the runner-up, Texas (192) in 2017, according to Navigant Research.

“The only answer to California’s power outages and resilience is what Puerto Rico discovered two years ago: distributed assets, generators, and storage that do not rely on the grid,” said Catherine Von Burg, president and CEO of SimpliPhi Power, which makes Lithium Ferro Phosphate batteries that store power generated from solar panels.

In response to concerns about the costs of purchasing solar panels and batteries for storage, both Murphy and Von Burg said the price of accessing fossil fuel-based energy sources are set to increase in the future and that there is tremendous damage to businesses when the power goes out, since many have to close completely.

Meanwhile, the cost of lithium ion batteries has plunged in recent years – 85% since 2010, according to BloombergNEF – and battery technology continues to improve. Ferrous phosphate batteries, unlike lithium ion batteries, are not known to experience thermal runaway or explode. New systems can also charge to 90% in about an hour and discharge 100% of their energy.

“[Alternative energy sources] can stabilize the utility infrastructure, and reduce pollution,” Von Burg said, since fewer people would be drawing on the same source.

Rodriguez said that he has seen energy usage reduced in communities with solar power, since it is is easier to see exactly how much energy is being consumed and how much is left in storage. He said that communities he has worked with get about 10% of their energy from the sun now, but that in an emergency, that figure could rise to as high as 85%.

“By building more resilient, we are also educating people in remote towns towards a better consumption of energy, and making them part of the process,” Rodriguez said.

Another antiquated thought, according to Murphy, is the idea that a diesel generator is a reliable source of energy in a prolonged outage.

“What happens when the oil runs out?” Murphy said. “The game has finally changed to where it absolutely makes sense, in sunny climates.”

Despite these advancements, obstacles remain. Von Burg expressed frustration with the ability of emerging companies to enter the U.S. energy market.

“There is too much protectionist policy around utilities. [The California Public Utilities Commission] has been able to establish a monopoly. It’s very hard to enter that market,” said Von Burg.

Naturally, solar-based solutions are far less relevant in places that do not experience sunshine as often as parts of California, Puerto Rico, and Hawai’i. Still, Murphy believes that island communities such as his own and Puerto Rico are setting an example for others to follow.

“We from the island need to be voyagers, we have to take care of our own land,” he said, adding that Hawai’i doesn’t have the benefit of having neighboring grids to bail them out if theirs fails.

In assessing what was most important in helping bring new ways of accessing and thinking about energy, Rodriguez said that one of the most important things is to understand the needs of a given community, and to work with them to make sure proposed solutions fit and are implemented effectively.

“Community buy-in is key,” he said. “And if they take the solar panels off before a storm, they can have power and drinking water the next day.” 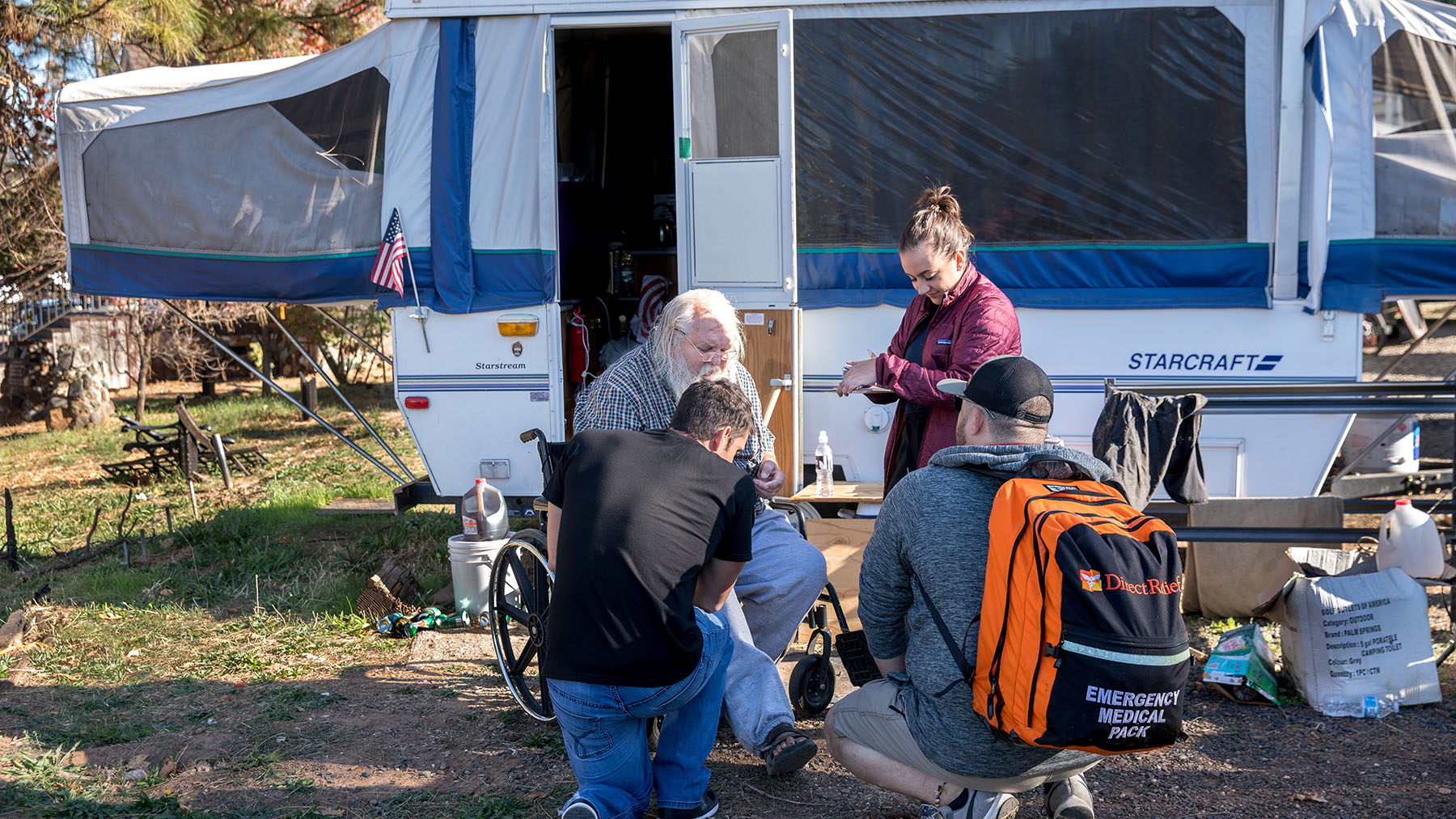