Since Hurricane Maria hit, Dr. Luis Roman has seen a spike in opioid overdoses and relapses.

Dr. Roman, a clinical psychologist, is the director of mental health at Corporacion SANOS, a health center in Caguas, Puerto Rico. SANOS operates a medication-assisted treatment program designed to help people wean off opioid dependency while also receiving mental health care. The clinic also distributes naloxone – a drug that can instantly reverse a potentially fatal opioid overdose – to people whose friends or loved ones are struggling with addiction.

Dr. Roman sat down with Direct Relief to talk about what opioid addiction and treatment look like in Puerto Rico, and how Hurricane Maria drastically altered circumstances and increased addiction risk factors for many Puerto Ricans.

Direct Relief: Have you seen a significant increase in opioid use since Hurricane Maria?

Dr. Luis Roman: Well, yes. In part, we began to receive more patients because other clinics around ours collapsed with the hurricane. And a lot of patients that had been abstinent, with the stress and anxiety [because of] the hurricane, they relapsed in their opioid use.

Direct Relief: Tell me a little bit about what opioid addiction and overdose looked like in Puerto Rico prior to Hurricane Maria. What were you seeing at SANOS before the hurricane hit?

Dr. Roman: Before the hurricane, we began to experience an increase in overdose. That’s a reality since 2016. One of the problems is that the heroin is adulterated with fentanyl. So we had people that didn’t know that they were using fentanyl, and fentanyl is [about 50 times] more potent than heroin. That was the principle variable that increased the overdose [rate]. So for people who were not using opioids, they relapsed, they didn’t have tolerance, and the incidence of overdose [had already] increased. But with Maria, it increased more.

After the hurricane, we didn’t have electricity, we didn’t have water, we didn’t have food. People lost their homes. That overwhelmed the population in general. And in people who [had previously] used drugs, that increased the relapse in their use of opioids and other drugs, too.

Right now we are pushing the state to begin to count these deaths and overdose experiences. But in an objective manner, we don’t have the numbers, and that’s a grave problem.

Direct Relief: Did people [in treatment] talk at all about how Hurricane Maria had changed their lives?

Dr. Roman: Yes. They said they were overwhelmed because they didn’t have electricity, food, water. They lost their homes. A few of them were isolated because the streets were broken or had obstacles. We had a few patients relapsing in their opioid use because they couldn’t get to the clinic.

Others went to the clinic and then found that the clinic had collapsed. That kind of situation overwhelmed them and became a factor for relapse.

A few of the homeless who came to the clinic, they began to experience more hunger. When you are homeless in Caguas, there are people who will give you a few coins. You can find food in a shelter or in a soup kitchen. But they didn’t have that in that moment, and they began to experience starvation and dehydration. They rejected [people experiencing homelessness] from [some of] the shelters, and that increased the risk for relapse.

Direct Relief: It sounds like it’s not so much that there were people who weren’t addicted and then became addicted after Maria. It’s more that people who already struggled with addiction relapsed.

Dr. Roman: Yeah. There are lot of people that were in remission and then relapsed after Maria.

Dr. Roman: (Laughing a little) Drugs are always available. There’s no scarcity of drugs. You don’t have food, but you can have drugs.

Direct Relief: In your experience, how does addiction usually happen? Do people start off by taking a prescription from their doctor, for example?

Dr. Roman: It’s different from the United States. Here, we don’t have a great problem with prescription opioids. Our problem is more with heroin adulterated with fentanyl. Yeah, we’ve got a lot of people that are using prescription opioids illegally. But it’s not a great crisis where they create this gateway to heroin. A lot of people that became opioid addicts, using heroin adulterated with fentanyl, they began early in their lives, using other drugs, in a marginalized way of life. Poverty, unemployment, those kinds of risk factors contributed to develop that problem.

Direct Relief: Did you notice any other changes after Maria?

Dr. Roman: After the hurricane hit, we saw more risk factors and more deteriorating health. But people here are very resilient. Right now, we are not fully recovered, but we continue living. We don’t have any other choice. Today, you have a lot of homes without a roof. So people [set up] a plastic thing as a roof, and they continue living. We are surviving right now. 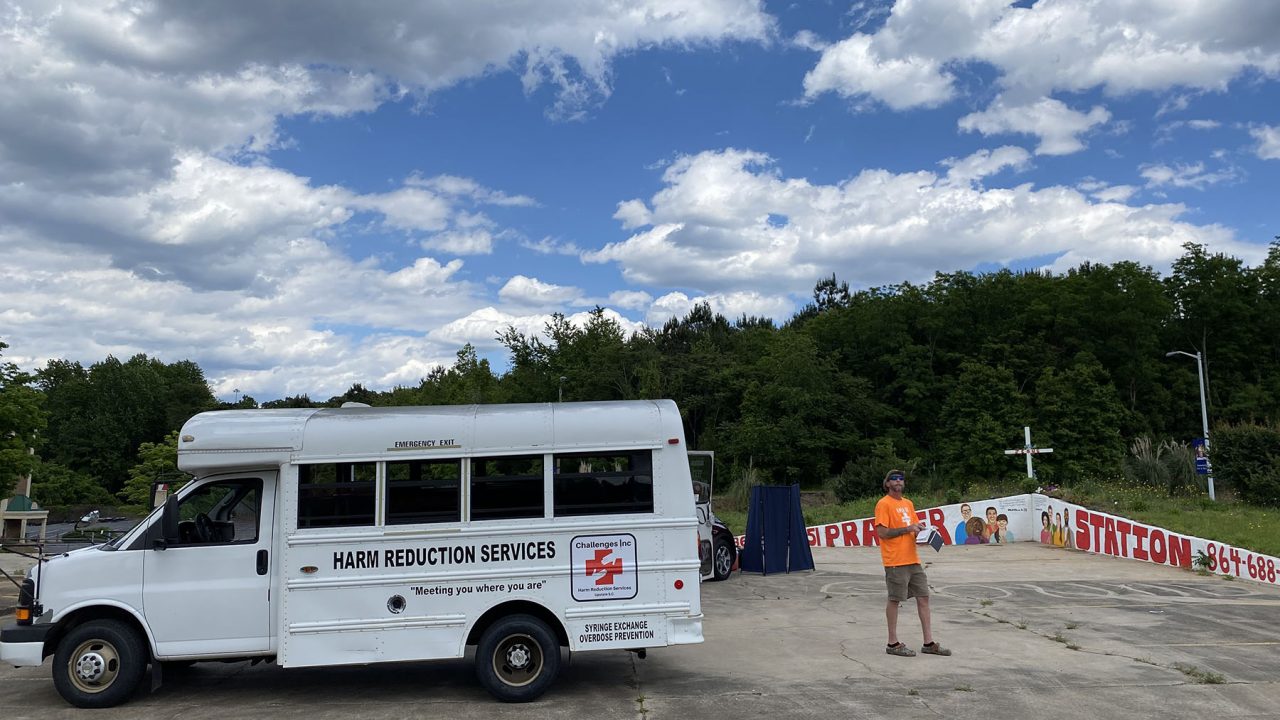