“Where the Patients Are.” Uganda’s Public Cancer Institute Is Finding New Ways to Provide Care.

From targeted therapies to regional treatment centers, the Uganda Cancer Institute is working to treat as many patients as possible.

Ahimbisibwe Hamfrey, a retired schoolteacher in Mbarara, Uganda, was diagnosed with cancer of the colon and large intestine in 2018. He had surgery and underwent chemotherapy, but a year later, cancer had reappeared in his liver.

But today, seven months into chemotherapy at the public Mbarara Regional Cancer Center, Hamfrey says that he’s feeling better. His doctor, a specialist from the capital city of Kampala, “is taking good care of me,” he said.

The care that Hamfrey has received is no mere accident of a good doctor. It’s the newest step in a decades-long effort by the Ugandan government to research, treat, and cure cancer.

From research to treatment

The Uganda Cancer Institute, a state-of-the-art facility in the country’s capital city of Kampala, began life as a research center in the 1950s, conducting essential research on Burkitt lymphoma and other cancers.

At the time, other governments in the region were more focused on infectious disease, said Dr. Jackson Orem, the institute’s executive director. “Focusing on cancer care would likely drain many of the resources, because cancer care is very expensive,” he explained.

But Uganda’s government made the early decision to invest in cancer research – and, in the process, quickly noticed a need for public treatment of Burkitt lymphoma and other cancers within the country.

“It is just like the research was a torch that kind of showed that there was a problem, and the problem had to be solved, and the government could not run away from it,” Dr. Orem said.

Even today, Dr. Orem said, the degree to which Uganda has focused on and invested in cancer care is unusual. In other developing countries, “cancer…is deemed a death sentence,” he said. “Most of the governments in Africa and most of the developing world do not provide cancer care” to the same extent that they support, for example, maternal and child health, or infectious disease treatment.

But Uganda is determined to tackle both infectious disease and chronic diseases like cancer. “We are in a transition period, and before that transition happens, there has to be a coexistence” between treatment of the two categories of disease, Dr. Orem said.

Today, the Uganda Cancer Institute sees 7,000 new patients every year, approximately 10% of whom are children. The Mbarara Regional Cancer Center, which opened in 2017, sees approximately 1,000.

But for all the patients that the institute treats, there are many who don’t make it to Kampala for treatment, Dr. Orem said.

The vast majority – about 85% of patients are actually traveling from different parts of Uganda. To receive care at the institute, they have to find transportation, a place to live, and a way to feed themselves while they’re away from their jobs.

“This has been a very, very big barrier to those who are diagnosed with cancer getting care,” Dr. Orem said.

He gave the example of a family whose child develops cancer. One parent would have to travel with him to Kampala for a few months for treatment. The other parent may have to stay home in order to care for the child’s siblings. “Just bringing this kid from Kampala to be treated is going to destabilize his family,” he said. “The family may decide to abandon the treatment.”

And yet, Dr. Orem said, a disproportionate number of their patients come from outside Kampala, despite the hardships – suggesting an increased need for care in other regions.

“There must then be far more need among the people in the countryside,” he said. He estimated that less than 10% of those in need of cancer care actually make it to the city.

During the pandemic, transportation presented additional problems, said Dr. Nixon Niyonzima, the head of research and training at the Uganda Cancer Institute. Although cancer care has continuously been available throughout the pandemic, public transportation closed down in order to help contain the spread of Covid-19.

To ensure that patients continued to receive care, the institute provided transportation via bus or ambulance.

“Where the patients are”

But the institute has large-scale plans to increase access to care and reduce barriers for people with cancer who live outside Kampala.

“We need to go where the patients are,” Dr. Orem said.

He means it literally. The Uganda Cancer Institute is in the process of developing a total of four new regional cancer centers in different parts of the country. The Mbarara Regional Cancer Center, opened in 2017, is the first.

For Hamfrey, the regional center has been a boon. “Kampala is very far, very expensive for me to travel there and travel back,” he said. “It’s been very helpful” to have care close by.

New regional centers, including locations in Arua, Mbale, and Gulu, will be built over the next three or four years, Dr. Orem said.

In the meantime, the institute is holding clinics at these locations, to increase access to care for people living in the surrounding areas.

Direct Relief began working with the Uganda Cancer Institute in 2011, providing medicines and supplies that allowed the institute to continue its vital work with Burkitt lymphoma and other cancers. The Direct Relief-donated medicines were made available through in-kind contributions from companies that include Amgen, Baxter, Merck and Teva.

Kelsey Grodzovsky, a program manager at Direct Relief, explained that the institute’s policy of providing free, high-quality care for Ugandans with cancer made for a natural partnership. “It just kind of seemed like a no-brainer to support them,” she said. “They take care of their people.”

“The contribution that comes from this type of support goes to help those who otherwise would not get anything,” Dr. Orem said.

According to Dr. Niyonzima and Dr. Orem, the most valuable contributions Direct Relief had made have been a variety of cancer drugs, which have helped the institute to provide specialized care for a number of different cancers.

“We have been providing a more rounded treatment that we wouldn’t have done if we were relying solely on the support or the financing that we get from our government,” Dr. Orem said.

It’s been particularly valuable, Dr. Orem said, for people whose cancer doesn’t respond to an initial course of treatment. The Uganda Cancer Institute is able to provide more targeted therapies for these patients, giving them the best possible chance of survival. 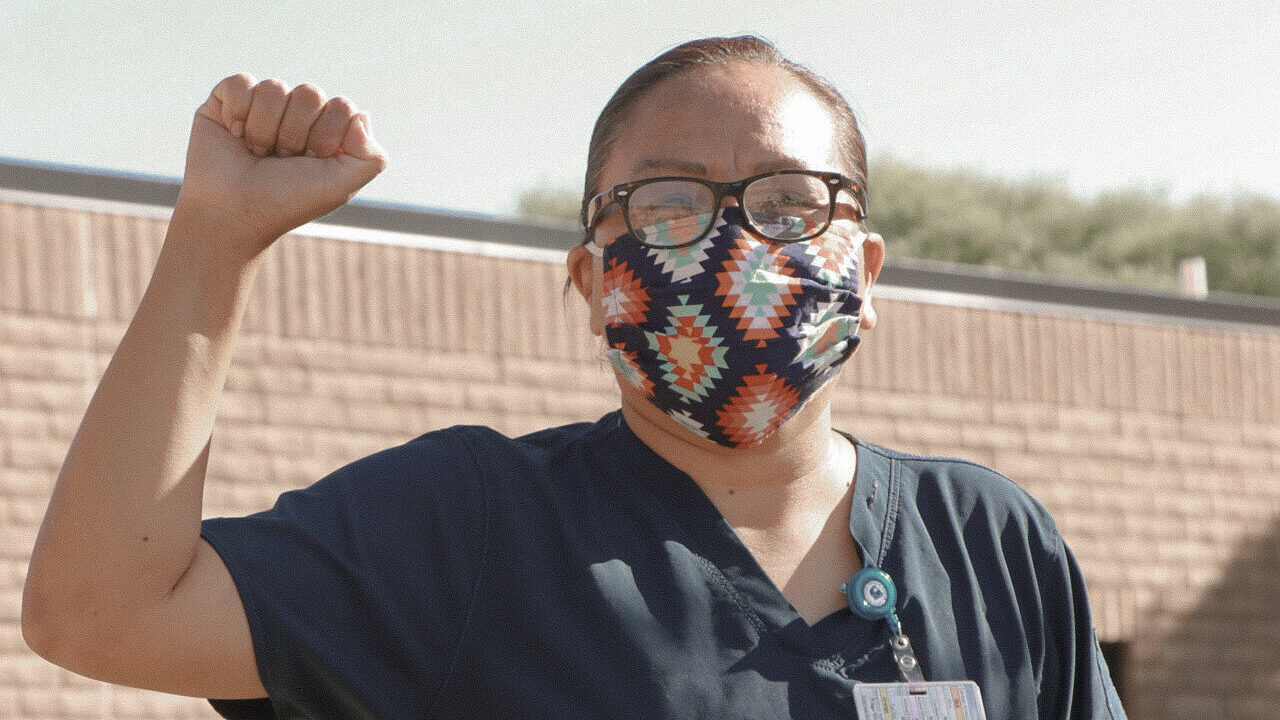