“The more numbers we know, the better to support,” said Nasser, the CEO of the Yemen Aid, a U.S.-based humanitarian group that’s been working to provide medical help and other support to the country.

But it’s hard to get a sense where help is most needed.

After years of conflict, Yemen’s health system has been devastated. Authorities estimate that fewer than half the country’s health facilities are currently fully operational.

Malnutrition is rife in Yemen – Dr. Ahmed Kamal, the Deputy Minister of Planning at the country’s Ministry of Health, estimates that 2 million Yemeni children suffer from malnutrition. Diseases, including dengue and cholera, are endemic. The conflict has created scarcities of food and clean water as well as medical care.

“There is…a real challenge around simply trying to survive” without the added threat of the coronavirus, said Aidan O’Leary, head of the Yemen office for the United Nations’ Office for the Coordination of Humanitarian Affairs, or OCHA.

According to figures released by OCHA, only 709 cases of Covid-19 had been reported in Yemen as of June 13, with 161 deaths, out of a population of approximately 30 million people. Those low numbers are almost certainly misleading.

Altaf Musani, the World Health Organization’s Yemen representative, explained that the current confirmed cases are primarily those of people experiencing particularly severe symptoms, as they are most likely to be tested during admission to hospitals. The fact that these are severe cases may also account somewhat for the high fatality rate.

And while the official case counts are low, Musani explained that hospital admissions, social media, health worker testimonials, and full cemeteries tell a different story, one that indicates the all-but-unchecked spread of Covid-19 throughout the country.

As soon as the disease appeared in Yemen in early April, O’Leary said, “we were concerned that coronavirus would spread more quickly, more widely, with deadlier consequences than other countries.”

Those concerns were validated. Quickly, the evidence suggested that “transmission was taking place undetected and unmitigated across Yemen.”

Testing is extremely limited, and while Yemen has received donations of testing materials, O’Leary explained that there are nowhere near enough to launch the kinds of testing initiatives being carried out in other countries. “It would require kits in the millions, not what we have at the moment, which is in the tens of thousands,” he said.

In addition, Musani said, “there is a tremendous amount of fear and stigma” associated with the disease in parts of the country, which means many people are unlikely to seek treatment unless their symptoms grow severe.

There have also been reports that people who seek help at Yemeni hospitals have been turned away because staff lack protective gear or feel unable to treat the disease – an experience that Nasser said a relative underwent.

“She was really sick, and when my cousins were taking her to the public hospitals, they said ‘We can’t really handle these cases, we don’t have the proper protection, you’re just going to have to go home and deal with this,’” Nasser said.

Complicating matters is the situation in Houthi-controlled territories where, as The New York Times reports, information about the virus has been actively suppressed.

But both Musani and O’Leary say accurate information just isn’t available, regardless of location within Yemen. And there’s reason to believe that the country is headed towards a worst-case scenario, in which the vast majority of Yemeni people may contract the disease and upwards of 65,000 may die of it, based on current forecasting models.

Part of the problem, Musani explained, is that measures like lockdowns, curfews, and social and physical distancing are “completely uneven throughout the country,” making it less likely that the disease can be contained.

Many people need to go out to earn a daily wage, collect clean water or food, or sustain or treat other medical conditions. “It’s hard for an average Yemeni to stay at home,” Musani said.

“One Hand Tied Behind Your Back”

And not knowing many details about the disease’s spread is frustrating for authorities and aid groups who rely on information to make decisions.

“The problem that we face is that we know what the overall scale and scope is likely to be, but it’s a little bit like punching blind,” O’Leary said.

He explained, for example, that not knowing the disease’s worst hotspots make it hard to know where to prioritize distribution. “How do you make sure you get priority resources, financing, equipment to the places it’s needed most…with essentially one hand tied behind your back?” he asked.

The humanitarian group been working with the Yemeni Embassy and Direct Relief to arrange for a shipment of medications and supplies to be delivered to Aden, Yemen’s new capital city. The shipment – which contains five ventilators, 150 oxygen concentrators, a large quantity of PPE, a range of medications, and soap – is scheduled to depart Direct Relief’s warehouse via air freight, and to arrive in the city of Dubai.

From there, the shipment will be delivered by the World Food Program to Aden, where Yemen Aid will coordinate with the Ministry of Health to divide the supplies around the country.

In a country with only a few hundred ventilators – OCHA reports there are approximately 300, Dr. Kamal estimates closer to 500 – and very little in the way of PPE available, the shipment represents a significant contribution.

Then, it was a question of how to distribute it.

“Unfortunately, there’s not a lot of information out there,” Nasser said. “At the end of the day, you don’t want to send necessary aid that could be wasted.”

There are currently 59 Covid-19 isolation units in Yemen, 25 of which are operational, according to OCHA. Yemen Aid will distribute the supplies to 18 of those, primarily in city centers located in the country’s center and south.

To make sure aid was being effectively placed, Yemen Aid drew from a list of needs reported by the Ministry of Health, and conducted assessments of some individual provinces. “You have to do your due diligence, you have to investigate, you have to assess, and that takes work,” Nasser said.

Aid will be sent to Covid-19 treatment centers in Aden, Lahij, Abyan, and Taiz.

Asked about the difficulty of conducting assessments in a country roiled by conflict, Nasser stressed the importance of developing on-the-ground relationships.

“You have to work very much locally in the country to get what you need,” she said. “You can’t rely on what the official numbers are.”

Since January 2017, Direct Relief has provided nearly 80,000 pounds of medical aid, worth more than $2 million, to healthcare partners in Yemen. That support included cholera treatment kits and other essential medical supplies. Direct Relief is also coordinating an airlift of protective gear and other requested medical aid for Covid-19 response in the country. 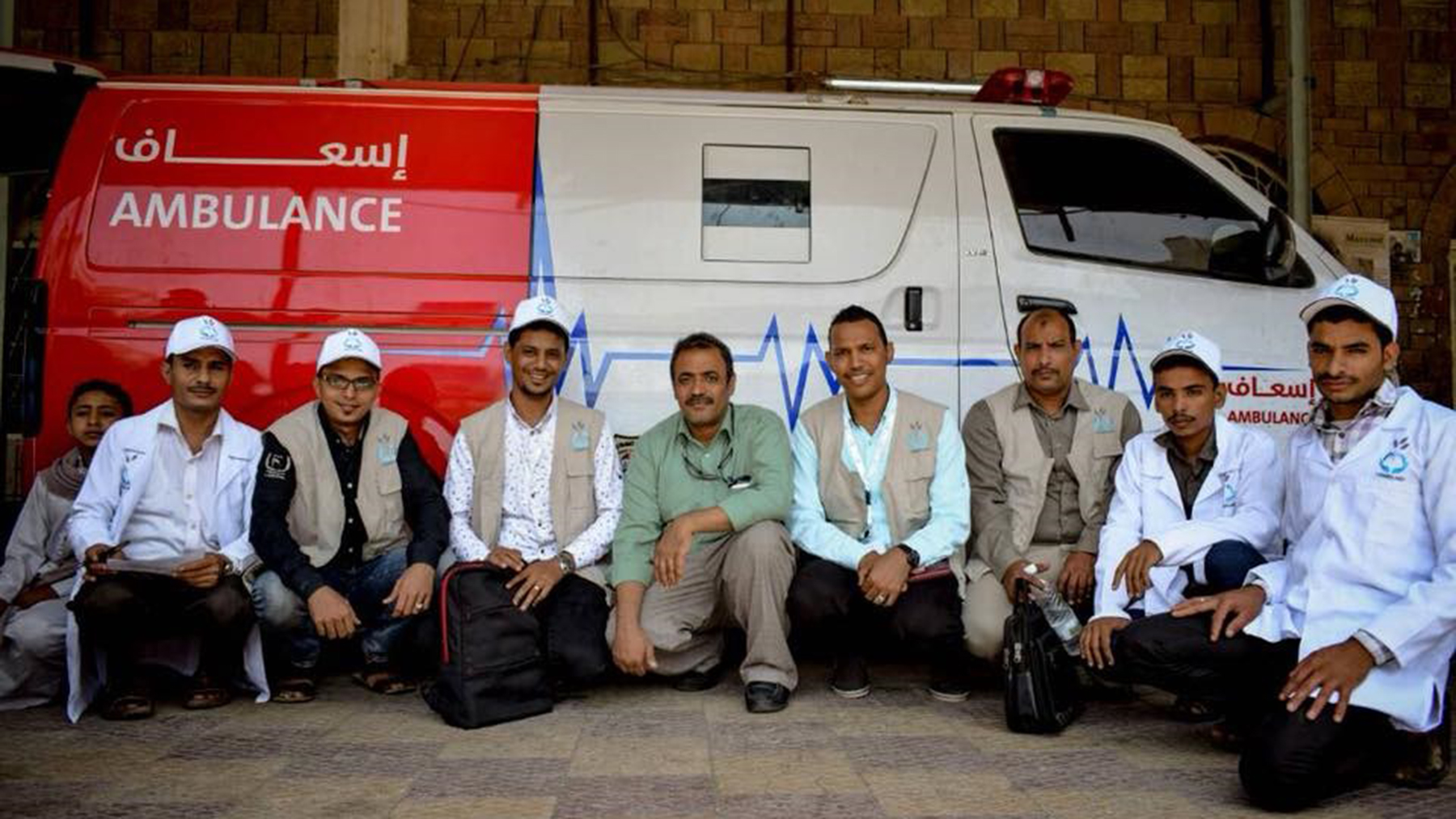