Fischer is caring for patients in a shelter run by Jewish Family Services of San Diego (JFSSD), which has been sheltering recent arrivals to the United States since 2018.

Migration to the United States has surged in recent months, with approximately 172,000 people taken into custody in March, according to The Washington Post. JFSSD is seeing the results. Kate Clark, the organization’s senior director of immigration services, said they cared for about 400 migrants in February of this year…and 3,000 in March.

“We continue to do the work. At this point, unfortunately, we’re not able to serve everyone,” Clark said.

And as new arrivals make their way into the country – in many cases, after a perilous and exhausting journey – some are arriving with unaddressed health care needs.

Organizations working along the southern border are working to keep up with the demand. In many cases, they have only a brief time to care for their patients before they travel on to a final destination, which means they have to work to “screen and stabilize,” as Fischer puts it.

“We start balancing, ‘How much can we do here, or should we wait until they have a supportive environment?’” she said.

“Not for the faint of heart”

One medical coordinator working along the southern border described a shelter full of children unfamiliar with their surroundings. “The first 48 hours, you could hear a pin drop in that building,” they said. “None of the [children] were talking, and you could see the fear in them.”

With an emergency medical technician on staff, the shelter was working to treat stomach aches, lice, and sores and blisters from the journey.

Deliana Garcia, director of international projects and emerging issues at the Migrant Clinicians Network, said that it’s been difficult to get a sense of precisely what health needs look like at the border. “It really is sort of point by point along the border. The population is different, the need is different, the capacity is different,” she said, although she noted a number of problems around infection control.

In particular, Garcia said, she’d noticed a significant number of women – right now, the Migrant Clinicians Network is managing more than 300 of them – at a late stage of pregnancy. Arranging for many of them to get prenatal care has been difficult. “I think there’s a lot of anxiety about a high-risk pregnancy,” she said.

In addition, the organization is working to coordinate care for children with special health care needs, such as cerebral palsy or spina bifida.

But Garcia said that those who make the difficult trip to the United States are generally primarily healthy when they set out. “It’s not for the faint of heart and it’s generally for the stoutest of health to try to make this trip,” she said.

Fischer said that some people sustain injuries or have their chronic disease medications taken from them when they travel, leading to problems when they arrive.

To deal with the wide variety of health needs they encounter, the team at the JFSSD shelter has developed a set of detailed screening questions and standard protocols for a range of health issues.

Some people bring up mental health concerns, and Fischer and the rest of her team will provide connection to a hotline, or other resources if they’re needed, such as inpatient care. “I do hear a lot of the stories, because we work with the lawyers, trying to get humanitarian parole,” she said.

Staff members at La Maestra Community Health Centers have been working with migrants since 2016, after Haitians began coming to the United States in the wake of the 2010 Haiti earthquake. Cynthia Kaser, the chief community development programs officer for La Maestra, said that they’re hoping to be able to help out with the recent surge. “We’ve made a lot of effort to notify our ability to rejoin,” she said.

Migrants often arrive with dehydration, malnutrition, and dental or skin issues, she said. But in particular, she’s anxious about the mental health status of new arrivals, and eager to provide the help they need.

With people who have made the trip in the past, she said, “there was a lot of trauma they endured, a lot of abuse…We ask, ‘How are you, what do you need?’ and you listen.”

Arriving in the era of Covid-19

For Clark and Fischer, Covid-19 has complicated the care that the shelter provides.

“We’ve really changed our entire model,” Clark said, from a congregate shelter setting to individual hotel rooms that keep families separated and less likely to come down with Covid-19.

For medically fragile individuals, that’s meant hiring individual caregivers to see to their needs. “In a congregate setting, we’re able to monitor those individuals. Literally, we had staff in the sleeping rooms, just watching people,” Clark said.

According to Clark, hiring caregivers is “a significant expense, but the alternative is us not supporting those people. It’s something we’re not willing to compromise on, from a safety and health perspective.”

But Clark explained that these are necessary precautions, not the result of high Covid-19 rates. Many migrants have been screened for Covid-19 on the Mexican side of the border and are “a more managed population” in general, she said. By contrast, people traveling from one port to another are more likely to have Covid-19 or other medical issues.

Asked about the political aspect of providing this kind of care, Kaser said that’s not the way La Maestra’s staff thinks.

“At the end of the day, it’s taking care of people,” she said.

Direct Relief is providing ongoing support to a number of partners treating newly arrived migrants at the southern border. 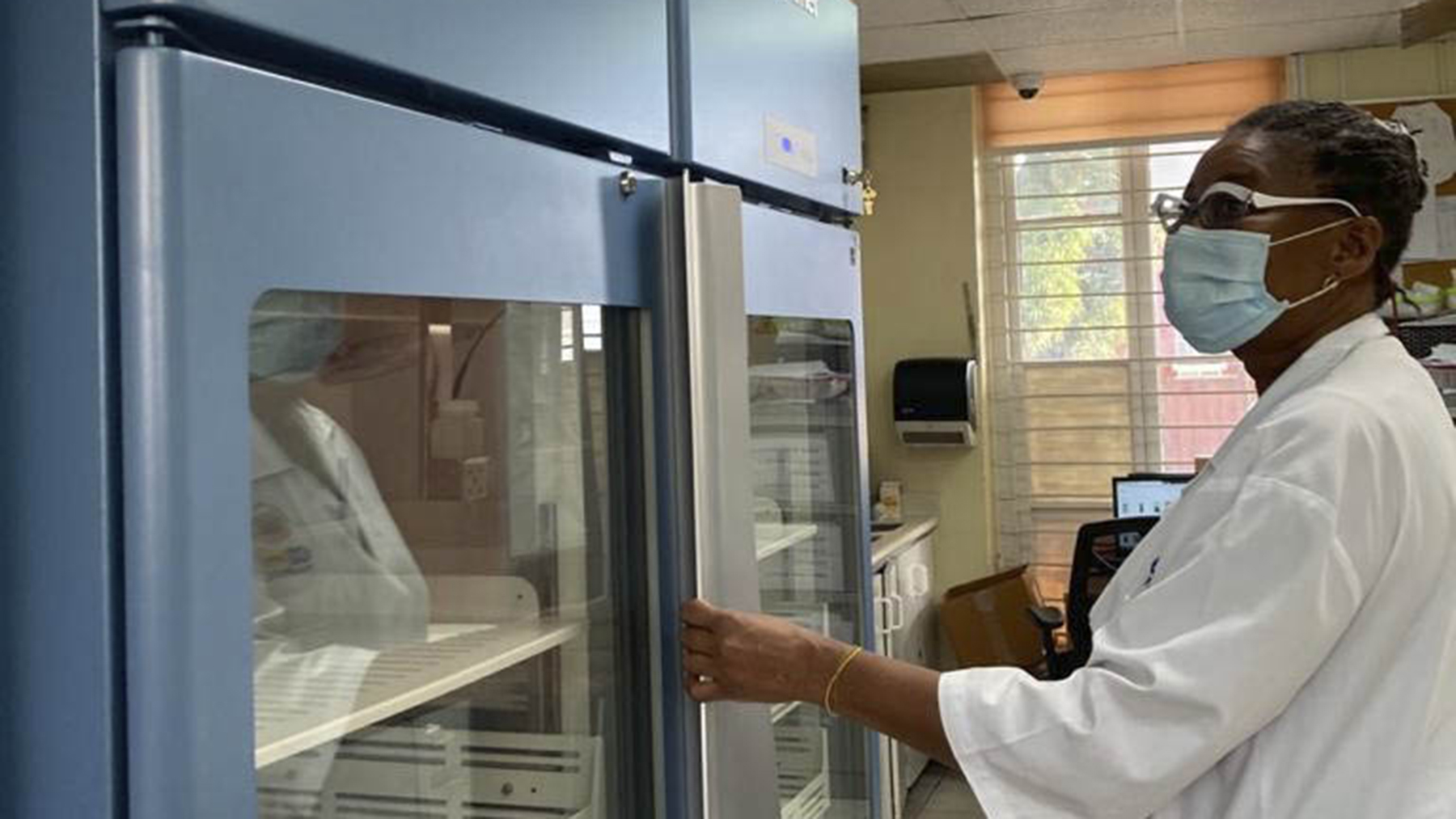